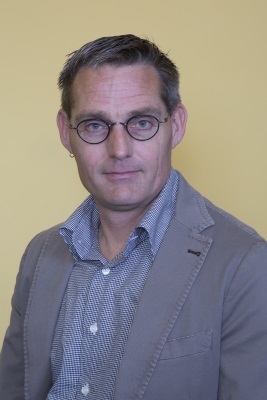 Fokko Jan Dijksterhuis is associate professor in the history of science and technology at the University of Twente, Netherlands. He studies the early modern roots of science and technology, in particular the role and meaning of the mathematical sciences. In 2006 he received an NWO/VIDI grant for a project on the cultural history of mathematization in the early modern period, The Uses of Mathematics in the Dutch Republic. He has investigated how various mathematical practices gave shape to early modern society. In 2010 he organized a NIAS-Lorentz workshop Mathematical Life in the Dutch Republic. Recently, his perspective expanded towards early modern cultures of innovation with a particular interest in the way Enlightenment collectioneurs, savants, artists and printers developed new conceptions of light and vision.

Dijksterhuis was trained as an engineer, combining the field of applied mathematics with science and technology studies. After completing his master's degree he became a teacher in senior secondary education. He continued work in the development of educational material and training of teachers when he returned to university to work on a dissertation. He visited the University of Minneapolis to work with Alan Shapiro and participate in the graduate program in the history of science. In 1999 he defended Christiaan Huygens and the Mathematical Science of Optics in the Seventeenth Century (2004), showing how Huygens’s Principle of Wave Propagation developed from his combined interests in optical instruments and the nature of light. After a spell as curator at the Leiden Boerhaave Museum he returned to the University of Twente. Dijksterhuis is member of the department of Science, Technology and Policy Studies (STePS) that aims at understanding the role of science and technology in modern society.

The University of Twente has a strong social science profile and Dijksterhuis is involved in several educational programs that give shape to the university’s motto ‘High Tech Human Touch.' He has been closely involved in the master's program Philosophy of Science, Technology and Society that trains students to analyze the societal embedding of science and technology. He collaborated in developing an interdisciplinary honors program for excellent bachelor students. Recently he has been selected as a staff member of ATLAS, the Academy of Technology and Liberal Arts & Sciences, that will train excellent bachelors to become ‘new engineers’ that are competent in finding technological solutions in societal settings.

Dijksterhuis’s publications range from early modern optical theory and instruments, to humanist mathematics and cultures of mathematization in Golden Age fortification, city planning, and education. His recent research engages with 18th century pursuits of putting natural materials to use, including the manipulation of light with powerful burning lenses and color printing techniques. Such practices gave rise to new languages of light, closely connected to the geometrization of space in Enlightenment mathematics and philosophy, and nicely link up with recent developments like pulse shaped imagining. While at Durham IAS, Fokko Jan Dijksterhuis will develop his research line on 18th century optics, juxtaposing English and continental pursuits. He hopes to benefit from other fields in the IAS ‘Light’ programme, mirroring historical questions to scientific, artistic, and philosophical engagements.

Research in optics was a multifaceted affair in the Enlightenment that produced all kinds of ideas about light and colour and practices to employ it. They provide a mirror for present-day practices and concepts of optics that seem to evade basic notions of light and optics and are much richer than the basic textbook theories. This paper discusses three cases of enlightened optics. They came right after the classic formulations of the wave theory by Huygens and the particle theory by Newton; but these theories were largely irrelevant for these pursuits. The three-colour printing that Le Blon invented presented an alternative understanding of the nature and mixing of colours, based on visual perception. The burning lenses of Tschirnhaus showed the material effects of light, and consequentially its material nature. The barometric light displayed by vacuum glass spheres evaded every explanation but gave rise to the invention and investigation of electricity. These original inroads into optics may inspire present-day researchers to think anew about light and colours.