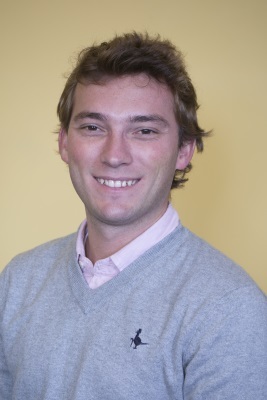 Ulisses Barres de Almeida is an Astrophysicist at the Brazilian Center for Research in Physics (CBPF/MCTI) specialising in High-Energy Astrophysics and Astroparticle Physics. He graduated with his Bachelor’s degree (Physics) and Masters’ degree (Astronomy) from the University of São Paulo and became involved with research in Gamma-ray Astronomy whilst completing his doctorate at Durham University where he worked on the H.E.S.S. Experiment, the leading observatory for gamma-ray astronomy.

In the past five years his research has concentrated on the study of extragalactic objects, and in particular active galactic nuclei (AGN), extragalactic relativistic jets and radio galaxies, fields in which he has published over a dozen research papers in collaboration with scientists from across Europe. In the field of Astroparticle Physics he is currently working on tests of Lorentz Invariance, a fundamental symmetry of nature at the basis of modern physics and whose validity at extreme energies can be tested using the observation of gamma-rays emitted by distant galaxies. In 2010 he was author of a paper proposing a new method to measure signatures of Lorentz violation in the emission of gamma-rays from blazars which has found wide application in the field.

Since 2010, when he joined the Max-Planck-Institute for Physics (MPI) in Munich, he has worked on the Cherenkov Telescope Array (CTA) project, an international consortium of over 800 scientists from 28 countries to build the next generation of ground-based gamma-ray telescopes. Dr. Barres has recently moved to Rio de Janeiro where he will lead the Brazilian participation on the planning and construction of the CTA. Whilst at the MPI he also established a joint programme with the MAGIC collaboration for the study of the relativistic jets of AGNs in polarised light and gamma-rays, and developed a new analysis technique termed “Polarimetric Tomography” which allows to disentangle the internal structure of these sources, unavailable to direct observation.

In 2011, together with other colleagues from the Euresis Association, Dr. Barres founded the online publication Euresis Journal, dedicated exclusively to interdisciplinary research. Since then, EJ has organised four volumes dedicated to broad topics at the forefront of scientific research, such as 'Evolution' and 'Consciousness', as well as thematic issues on 'Discovery' and 'Creativity in Science.'

While at the IAS Dr. Ulisses Barres will be using data from the gamma-ray observatories H.E.S.S., MAGIC and Fermi/LAT to look for signatures of Lorentz invariance violation (LIV) in what aims to be the most complete statistical study to date on the topic, testing the validity of this fundamental principle of physics at and beyond the Planck scale. He will also collaborate with colleagues from the Department of Physics on their activities associated to AGN studies. He also hopes to take the opportunity to reflect and write on the epistemological implications of interdisciplinary research, collecting experiences from different fields on the necessity of multidisciplinary exchange for the advancement of research today and for the correct interpretation and understanding of complex, modern scientific results.

IAS Fellow's Public Lecture – From Light to Light: a Journey in Observational Astronomy, to the Limits of Knowledge
11 February 2014, 20:00 to 21:00, Senate Suite, University College, Durham University

Modern astrophysics has taken us to the extremes of the Cosmos, to testimony environments and processes that are far beyond our normal experience, such as stellar explosions, black holes and jets of relativistic particles emanating from the center of distant galaxies. It has also revealed the potential existence of elements that a few decades ago were completely out of the horizon of our imagination, such as dark matter and dark energy - and today we are on the verge of detecting at least the first of the two. A journey through modern astrophysics is an exciting and surprising path of discovery running through two major avenues. The first takes us from Earth to the depths of the Cosmos, exploring the constituents of the Universe, all the way to its most exotic places. The second is that of the technical prodigy, where at every new step we can follow the successive developments of new instruments that, from Galileo's first telescope to the most modern satellite observatories, have allowed us to undertake this journey of knowledge. In this talk Dr Barres de Almeida will take you through those which are for him some of the highlights of this adventure, until we arrive at his own field of work: high-energy astrophysics. But there is a third avenue which he also wants to follow in parallel: "What is the value of all this knowledge?", "What does it serve, when it serves nothing from a pragmatical point of view?", or "Why do we people do science to start with?" In his 2009 BBC documentary "Why beauty matters?" Roger Scruton noted that "Nothing is more useful than the useless", and Dr Barres de Almeida thinks this works for art as it works for science, in a sense, whose real motor and foundation is human curiosity, not "necessity". By following this third avenue, he hopes to introduce a view of scientific progress and purpose which is a bit different from that usually emphasised in public discourse. Dr Barres de Almeida’s best summary of what that is can be found in the last of Eliot's "Four Quartets": "We shall not cease from exploration / And the end of all our exploring / Will be to arrive where we started / And know the place for the first time."

The opportunity to stay in the close company with the other Fellows and engage in continual debate and discussion with them was of an important formative impact.