My experience could not have been better! Of the five or six major visitorships I've held since the 1990s this has been by far the best supported and the most productive. 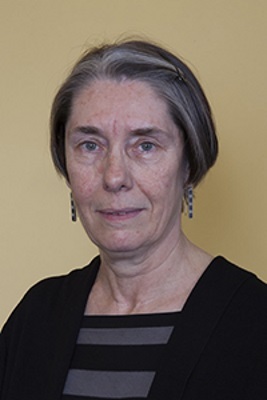 Alison Wylie is a professor of Philosophy and Anthropology at the University of Washington (Seattle), whose research ranges widely across philosophical issues raised by archaeological practice. She has a longstanding interest in the challenges posed by inference from limited data: how do archaeologists establish credible knowledge claims about the social and cultural past, given their radically incomplete and enigmatic database? Wylie completed her doctoral research on "Positivism and the New Archaeology" in the early 1980s just as a sharply polarizing debate began to break that raised, in especially challenging terms, the question of whether archaeological claims about temporally and culturally distant lives can ever be considered objective.

To address the epistemic challenges posed by archaeological inquiry, Wylie has developed models of evidential reasoning in archaeology that emphasize strategies of triangulation and the role of background knowledge in stabilizing empirical claims about facts of the record and facts of the past. This line of work is best represented by Thinking From Things: Essays in the Philosophy of Archaeology (University of California Press, 2002), and in articles that have since appeared in Agnatology (Stanford 2008), How Well Do Facts Travel? (CUP 2010), and Evidence, Inference and Enquiry (CUP, 2011). The question of what constitutes archaeological best practice in evidential reasoning was the focus of a series of lectures, seminars, and a workshop on "Material Culture as Evidence" made possible by a Leverhulme Visiting Professorship that Wylie held in 2010, in the Department of Archaeology at Reading University. Since the mid-1990s Wylie has been actively engaged in developing models of accountable, reciprocal, and collaborative research practice. She takes up these issues in her 2008 Archaeology Division Distinguished Lecture (American Anthropological Association) on "Legacies of Collaboration," and in contributions to Embedding Ethics (Berg 2005), and The Ethics of Cultural Appropriation (Wiley-Blackwell, 2009).

Professor Wylie has been a research team member of iPinCH since its inception; iPinCH is an international project based at Simon Fraser University (Vancouver, Canada) on Intellectual Property Issues in Cultural Heritage. She is the founder and coordinator of the Science Studies Network at the University of Washington, and director of Biological Futures in a Globalized World, a project designed to foster the development of an integrated research ethics curriculum for the non-medical sciences at the University of Washington. She is currently the editor of Hypatia, A Journal of Feminist Philosophy, and this past year she was president of the American Philosophical Association, Pacific Division. Her 2012 presidential lecture, "Feminist Philosophy of Science: Standpoint Matters," reflects a longstanding interest in feminist standpoint theory that grows out of and complements her work on archaeology.

In addition to her Leverhulme Professorship, Professor Wylie has held visiting appointments at the Center for Advanced Study in the Behavioral Sciences (1995-1996) and the Clayman Institute for Gender Research (2005-2006) at Stanford; the University of Denver (1995); the University of California-Berkeley (1990-92), Columbia University and New York University (2000-2001); and the École des hautes études en sciences sociales in Paris (2003).

Visiting the IAS will afford Professor Wylie the opportunity to interact with colleagues at the University of Durham who have recently established a unique Centre for the Ethics of Cultural Heritage. Her goal while in residence is to complete a series of essays in which she articulates a normative account of how archaeological understanding of the past can be enhanced by engaging the diverse perspectives of non-archaeological stakeholders, especially those of Indigenous, Aboriginal, and First Nations descendant communities.

Archaeology has seen a major sea change in the last few decades as a growing range of stakeholders, especially Indigenous, Aboriginal, and First Nations descendant communities, demand accountability to their interests, their conventions of practice and conceptions of cultural heritage. What are the implications of this for archaeological practice?

Internal debate in North America has been dominated by anxieties about the costs of response to these demands: the focus is on high profile examples of research opportunities lost and professional autonomy compromised by legal constraints and by intractable conflict. All too often this obscures local initiatives that illustrate what becomes possible when practice is reframed as a form of intellectual and cultural collaboration that extends beyond the boundaries of professional archaeology. In the case of collaborations with Native American communities, the archaeologists involved describe any number of ways in which their research programs have been enriched, not only expanding the empirical and interpretive resources on which they draw, but often throwing into relief key framework assumptions that have gone unquestioned. These collaborations are, in short, a source of transformative criticism. Professor Alison Wylie offers an account of how and why the effective engagement of diverse standpoints matters to the well-functioning of archaeological inquiry. 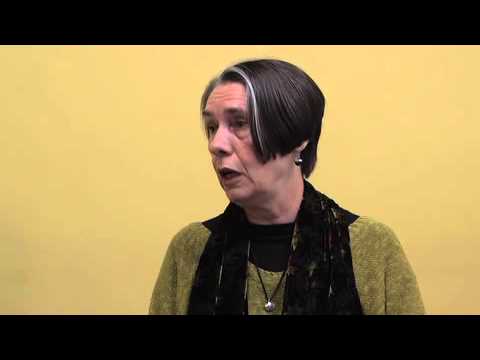 Wylie, A. (2015) 'A Plurality of Pluralisms: Collaborative Practice' in Padovani, A., Richardson, I., Tsou, JY (eds.) Objectivity in Science: New Perspectives from Science and Technology Studies, pp. 189-210.