I was very pleased with the excellent conditions the IAS offered for this fellowship program, with the organization of the program and the efforts made by the Institute to connect the fellowship program not only with the university (beyond departmental boundaries) but also to link it with the wider audience of the locality. 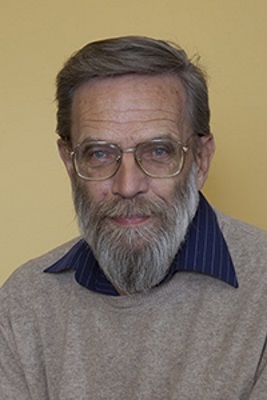 Udo Will is professor of Cognitive Ethnomusicology at The Ohio State University. He studied music, sociology, and neuroscience, holds PhDs in both musicology and neurobiology and is publishing widely in both fields. His research covers topics from functional neuroanatomy and evolution of the vertebrate auditory system to cognitive aspects of music performances in oral cultures, rhythm and melody processing by the human brain and the relationship of the cognitive architecture of music and language processing.

During the 1990s he was research fellow in Armidale, NSW, and at Flinders University, Adelaide, working with C. Ellis and pitch and rhythm production in Aboriginal Australian Music. From 1996 to 2002 he was elected president of the European Seminar in Ethnomusicology (ESEM). In 2001 he moved to the US to take up a newly created position in Cognitive Ethnomusicology at the Ohio State University.

With M. Clayton and R. Sager he has published a major article, 'In time with the music', that developed and advanced applications of the entrainment concept in ethnomusicology, and that became a reference text in musical entrainment research. Together with M. Clayton (Durham) and I. Cross (Cambridge) he is one of the initiators of a research network that brings together psychologists, neuroscientists, linguists and musicologists working on 'Music and Entrainment', and that was initially sponsored by the British Academy. He currently leads research projects on brainwave and heartbeat entrainment to musical rhythms and on memory processing of vocal and instrumental rhythms

During the fellowship period at the IAS at Durham, Professor Will is going to work on the question whether musical time perception can be understood as being based on multiple mechanisms, and whether these are intrinsic or dedicated mechanisms - questions especially relevant for the interaction of visual and auditory information in musical time perception. With faculty members of the Durham Music Department he will work on a position paper and develop a collaborative proposal for further analytical and experimental work in musical time production and perception.

In Western music one meets the idea that time is a pre-existing framework that organises sound events and gives them unity – an idea that finds its visual expression in the scores of Western music. Many other cultures do not feel the need for an external, abstract time frame, because for them music only exists in and through the creation of sound sequences, and thus musical time is linked to production of and interaction with these sounds.

What do these different cultural concepts tell us about time and time experience? Why is there such diversity? What is it about time that allows for this variety of ideas and experiences about time? Following an inspection of basic features of time perception and revisiting a core typology of time experiences (simultaneity, sequential order, now, duration) on the background of recent cognitive research, the argument is put forward that musical time perception is a complex, non-unitary process, and that experienced time is a construct of an embodied brain - with all possibilities and limitations that this entails.