My time at Durham was not merely of great intellectual benefit to my research and writing but also of great personal and professional significance. 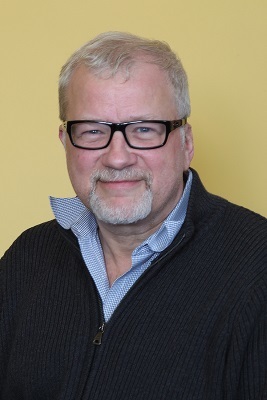 Brad Epps is Professor of Romance Languages and Literatures and Professor and former Chair of the Committee on Degrees in Studies of Women, Gender, and Sexuality at Harvard University. He has published over a hundred articles and chapters on modern literature, film, art, architecture, urban theory, queer theory, and immigration from Spain, Latin America, Hispanophone Africa, Catalonia, the United States, and France and is the author of Significant Violence: Oppression and Resistance in the Narratives of Juan Goytisolo; Spain Beyond Spain: Modernity, Literary History, and National Identity (with Luis Fernández Cifuentes); Passing Lines: Immigration and Sexuality (with Bill Johnson-González and Keja Valens); All About Almodóvar: A Passion for Cinema (with Despina Kakoudaki); a special issue of Catalan Review on Barcelona and modernity, and a special issue of GLQ (with Jonathan Katz) on lesbian theorist Monique Wittig. He has taught as visiting professor or scholar in Spain (Galicia, Catalonia, the Basque Country, and Madrid), Germany, France, Chile, Cuba, the Netherlands, Sweden, the People's Republic of China, and Great Britain. He is fitfully preparing three books: El cine como historia, la historia como cine: Incursiones en el (debatido) ámbito del cine iberoamericano, under contract from Colihue Press in Buenos Aires, Argentina; Barcelona and Cinema, which will be at the center of his research while at the Institute of Advanced Study at Durham University, and The Ethics of Promiscuity, which proposes various and sundry sorts of mixtures as a "counter-ethics" to the conventional emphasis on purity (bound as it often is to racism, exclusionary nationalism, homophobia, xenophobia, and so on). In December 2011, he was elected to the Chair in Spanish at the University of Cambridge, where he will be working permanently beginning in 2013.

While at Durham, Professor Epps will be working on a theoretically informed cultural history of the city of Barcelona in film and other time-based media in accordance with the annual IAS subtheme of 'scaling time'. He is particularly interested in how the passing, memorialisation, and monumentalisation of time in the Catalan capital are represented in film and how cinematic technique, filmic form, and industrial materiality have themselves changed over time.

Along with subjective engagements with time (i.e. the emotionally and intellectually charged roles of spectators as well as processes of identification, objectification and estrangement), materialist and phenomenological conceptualisations of cinematic time are crucial to Professor Epps' project, and narrative sequence, rupture, movement, freezing, the eclipse of celluloid and the advent of digitalisation are among its principal concerns. The still unfolding passage-some would say "development" or "progression"- from celluloid to digitalization is at the forefront of critical debate and intersects mightily with the "clocking" of time: analogue clocks with their faces, hands, dials, angles and windings and digital clocks with their cathode ray tubes, liquid crystal displays, light-emitting diodes and vacuum fluorescent displays. In more formal terms, such cinematic standards as dissolves, fades, jump-cuts, double exposures, superimpositions, eye-line matches,flashbacks, flash-forwards, shots-reverse shots, cross-cuts, intercuts, deep-focuses, close-ups, flickers, and freeze-frames have important temporal-and spatial-implications and will inform the study, which will also attend to particular places (and representations of places): here, the city of Barcelona and the Catalan countryside, whose own history and historicity will likewise be mined with an eye to time.