The IAS fellowship has allowed me to place my thinking on time within a wider interdisciplinary context. In particular, it has permitted me to weave connections with other disciplines. 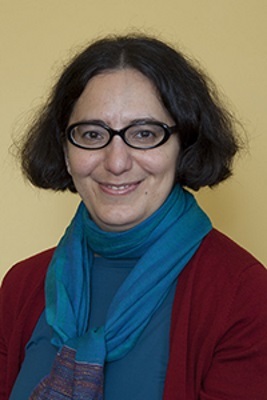 Alia Al-Saji is associate professor of Philosophy at McGill University. Her philosophical research brings together and critically engages 20th century phenomenology and French philosophy, on the one hand, and contemporary critical race and feminist theories, on the other. Running through her research is an abiding concern for the themes of time and embodiment, the intersection of which Professor Al-Saji seeks to philosophically elaborate.

While her doctoral research at Emory University, completed in 2002, focused on the German phenomenology of Edmund Husserl, Professor Al-Saji has since published extensively in the areas of French phenomenology and philosophy - on the philosophies of Henri Bergson and Maurice Merleau-Ponty in particular - as well as in the field of feminist theory. She has published in journals such as Continental Philosophy Review, Philosophy and Social Criticism, Research in Phenomenology, Southern Journal of Philosophy, and the Journal of the British Society for Phenomenology.

In 2009, Professor Al-Saji was awarded a fellowship at the Camargo Foundation in Cassis, France to carry out her research, and since 2009, she has been a fellow at the Institute for the Public Life of Arts and Ideas at McGill University. Professor Al-Saji was elected to the executive committee of the Society for Phenomenology and Existential Philosophy (SPEP), the second largest philosophical association in North America in 2009. She is currently a co-editor of the Symposia on Gender, Race and Philosophy, and the Feminist Philosophy section editor of Philosophy Compass.

Professor Al-Saji's research traces two interrelated trajectories. The first trajectory of her research explores questions of embodiment, memory and intersubjectivity in terms both of affectivity and perception.

The second trajectory of Professor Al-Saji's research develops a phenomenology of what has been called "cultural racism". In this vein, she offers a feminist analysis of representations of Muslim women in contemporary Western contexts by questioning the ways in which race and gender are at play in attitudes toward the Muslim headscarf or "veil". Her recent articles have dealt with the "the French headscarf affair" and the use of a rhetoric of freedom to justify the U.S.-led war on Afghanistan.

While at the IAS in Durham, Professor Al-Saji will be completing her book manuscript entitled Bodies and Memories: Bergson, Merleau-Ponty, and the time of difference. This manuscript not only presents a sustained argument for thinking inter-subjectivity temporally, but also brings together her two research trajectories by asking after the ethics and politics of memory and perception. In this vein, the project draws on phenomenological, feminist and critical-race analyses of objectifying-specifically racializing-ways of seeing in order to understand their limits and the possibilities for "seeing differently". 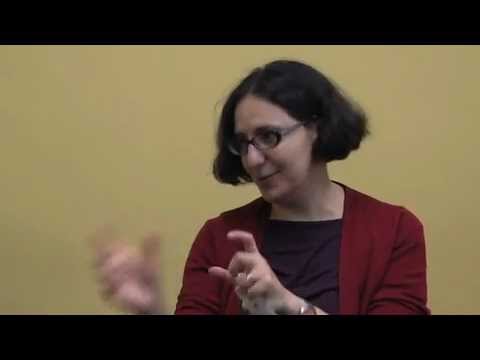 In this paper,1 I explore some of the temporal structures of racialized experience – what I call racialized time. I draw on the Martiniquan philosopher and psychiatrist Frantz Fanon, in particular his book ‘Black Skin, White Masks,’ in order to ask how racism can be understood as a social pathology which, when internalized or ‘epidermalized,’ may result in aberrations of affect, embodiment and agency that are temporally lived. In this regard, I analyze the racialized experience of coming ‘too late’ to a world predetermined in advance and the distorted relation to possibility – the limitation of playfulness and imaginative variability – that defines this sense of lateness. I argue that the racialization of the past plays a structuring role in such experience. Racialization is not limited to the present, but also colonizes and reconfigures the past, splitting it into a duality of times: one open and civilizational, the other closed, anachronistic and racialized. To understand this colonial construction of the past, I draw on the work of Latin American thinker Aníbal Quijano.