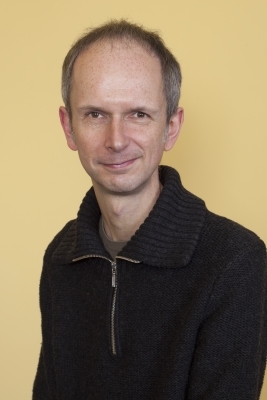 Bronislaw Szerszynski is Senior Lecturer in the Department of Sociology at Lancaster University. He graduated from Lancaster University with a First Class honours in Independent Studies in 1989, and a PhD in Sociology in 1993. Since then his research, which uses qualitative research, social theory, philosophy and political economy to explore changing relations between humans, environment and technology, has been particularly associated with the Centre for the Study of Environmental Change (CSEC), and latterly with the ESRC Centre for the Economic and Social Aspects of Genomics (Cesagen).

One important theme in his work has been food, technology and public participation. He conducted research into the role played by public participation and science in the regulation of agricultural biotechnology while co-investigator on four projects funded by the European Union: PARADYS, PAGANINI, CARGO and ARGONA, which resulted in a number of papers and book chapters. More recently, he has been conducting research on alternative agro-food networks and local food systems, for example in connection with the European Union project FAAN.

Another significant theme in his work has been religion. Szerszynski was co-investigator in the Kendal Project, a study of the changing nature and role of religion in advanced capitalist societies, which resulted in the multi-authored book The Spiritual Revolution (2004). But most of his work in the area of religion has explored the relationship between religion and technology - for example in an edited book on the religious dimensions of debates around biotechnology, Re-Ordering Nature (2003), and a single-authored monograph exploring the role of Western religious history in shaping contemporary understandings of technology and the environment, Nature, Technology and the Sacred (2005). The latter was the subject of a special 'book symposium' in the journal Zygon: Journal of Science and Religion. His work in this area has been translated into Dutch and Portuguese. He has also engaged in debates about the meaning and significance of contemporary creationism, speaking at the annual conference of the American Association for the Advancement of Science in 2007.

A more recent focus has been situating contemporary responses to climate change against the longer history of transformations in the society-nature relationship -questions explored in 'Changing Climates', the special double issue of Theory, Culture and Society which Szerszynski co-edited with John Urry in 2010. His current ongoing work in this area includes a critical exploration of the emerging technology of geoengineering.

Szerszynski was Director of Experimentality, the 2009-10 Annual Research Programme of Lancaster's Institute for Advanced Studies, which explored ideas and practices of experimentation in science and technology, the arts and wider culture in an extensive programme of academic and engagement events, including five interdisciplinary two-day workshops, two international conferences, two high-profile public debates, three art exhibitions and a range of other arts events.

Whilst at the IAS, Dr Szerszynski will be interacting with the 'New Story Lines for Living with Environmental Change: Citizens' Perspectives' programme of work, and working on a new monograph critically assessing the possibility of a transition to a green capitalism.

Macnaghten, P., Szerszynski, B (2013) 'Living the global social experiment: an analysis of public discourse on geoengineering and its implications for governance', Global Environmental Change, 3(2), pp, 465-474.