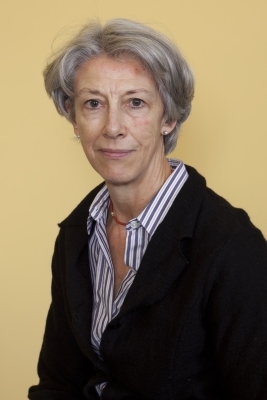 Professor Elizabeth Archibald studied first Classics and then Anglo-Saxon, Norse and Celtic at Newnham College, Cambridge, receiving her BA in 1973. After five years working in a London bookshop she went to Yale to do a PhD in Medieval Studies, completed in 1984. She returned to Cambridge in 1985 as a Fellow and Assistant Lecturer in English at King's. In 1990 she took up a position at the University of Victoria in British Columbia, Canada, where she remained for ten years, receiving tenure as Associate Professor in 1992. In 2000 she returned to Britain as Senior Lecturer in English at the University of Bristol, where she was promoted to Reader in 2003, and to a personal chair in 2008. She was Coordinator of the Centre for Medieval Studies from 2001-3, Head of Department from 2003-6, and Director of the Centre for Medieval Studies from 2009-10.

Professor Archibald's research is focused on medieval literature, especially the Arthurian legend, medieval romance, the classical tradition in the Middle Ages, and the interface between literature and social history. Her first book, Apollonius of Tyre: Medieval and Renaissance Themes and Variations (Cambridge: D. S. Brewer, 1991), is a study of the hugely popular and evergreen story which eventually became Shakespeare's Pericles Prince of Tyre, and is widely cited in recent discussions both of the Apollonius tradition and of Pericles and its medieval sources. Professor Archibald is currently co-editing a collection of essays on Shakespeare and the Middle Ages based on a workshop held at Bristol in 2010. Apollonius, originally composed in late antiquity, also interests scholars of the classical tradition in the Middle Ages, another field in which Professor Archibald works. In 2006 she co-organized an international conference in Bristol on 'Troy and the European Imagination'; a volume of proceedings is in progress.

Professor Archibald is well known for her work on the Arthurian legend. In 1996 she co-edited (with Professor A. S. G. Edwards) A Companion to Malory (Cambridge: D. S. Brewer), which has become a standard text for Malory studies. She was invited to edit (with her colleague Professor Ad Putter) The Cambridge Companion to the Arthurian Legend (2009), which includes both a survey of the evolution of the legend from the fifth century to the present day and a series of thematic studies by an international team of distinguished Arthurians. Professor Archibald is the co-editor of the A-rated journal Arthurian Literature, and a Trustee of the Vinaver Trust (a charity dedicated to supporting Arthurian studies). She is co-organizing the 23rd Triennial Congress of the International Arthurian Society to be held in Bristol in July 2011.

Professor Archibald is interested in social history both in terms of sources for literary texts, and the ways in which literature does or does not reflect social trends and concerns. Her 2001 monograph Incest and the Medieval Imagination (Oxford: Clarendon Press) considered the notable fashion for incest stories in the Middle Ages in relation to contemporary laws and historical marriage practices, as well as classical and biblical literary, historical and legal traditions. She is currently working on an interdisciplinary study of baths and bathing in medieval literature and society, for which she has received a Leverhulme Research Fellowship for 2011-12. While at the IAS she will focus on medicinal baths and on the influence of Roman and Arab bathing practices on the medieval West, working with colleagues on the Recovery of Beauty project. 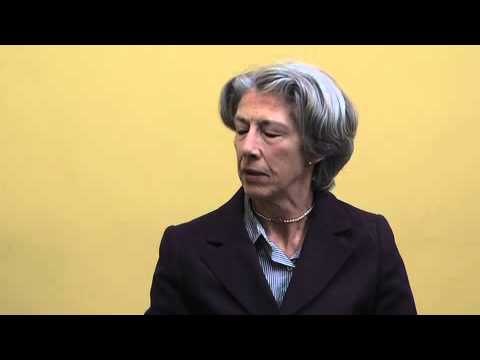 Archibald, E. (2013) 'Malory and Late Medieval Arthurian Cycles' in Brewer, C., Windeatt, B (eds) Traditions and Innovations in the Study of Medieval English Literature The Influence of Derek Brewer. Boydell and Brewer.

Most of my work focuses on the later Middle Ages, the time of the development of the written vernaculars of western Europe and the rise of romance as a literary genre. But in thinking about my research project on baths and bathing in medieval literature and society in relation to the Durham research theme ‘The Recovery of Beauty,’ I realized that I needed to know much more about the attitude of the early Church to bathing, and how this evolved in the later Middle Ages. It turns out to be considerably more complex than one might suppose. The early Christians, living in the Roman empire with its culture of bathing, did not all condemn it out of hand. The growth of the ascetic movement and monasticism produced some extremely negative reactions to bathing, but some churches and monasteries built and maintained baths for the poor and sick, and many senior clerics also created splendid bath suites for themselves. In the later Middle Ages, preachers inveighed against luxurious bathing, but both male and female religious continued to enjoy public and private baths, which were increasingly popular across western Europe, and bathing imagery was sometimes used by ecclesiastical writers for didactic purposes. This ambivalent attitude is reflected in the imaginative literature of the period.