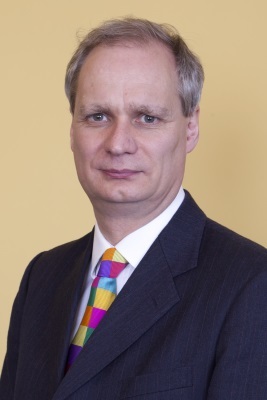 Professor Stephen Taylor, an historian of seventeenth- and eighteenth-century England, was educated at the University of Cambridge, where he also spent two years as a research fellowship at Jesus College. Since 1988 he has lectured at the University of Reading, where he has recently completed a six-year term as the inaugural Director of the Graduate School in Arts and Humanities. He has held visiting fellowships at Yale University in 1992, at the University of Texas at Austin in 2007, and at the Folger Shakespeare Library in Washington, DC, in 2007 and 2009.

Taylor has published extensively on the political and religious history of England in the late seventeenth and eighteenth centuries. His long introduction to The Church of England 1689-1833 (1993), written with John Walsh, is widely regarded as the starting point for serious study of the eighteenth-century church. His most recent book is an edition of The Entring Book of Roger Morrice (2007) for the years 1687 to 1689, covering the events of the Glorious Revolution of 1688-9. Morrice provides a remarkably detailed account of public affairs from the perspective of a religious dissenter, and his account, never before published, is now widely recognized as the most important contemporary narrative of this key period in British history.

Unusually for an historian much of Taylor's research has been collaborative. Since the late 1990s he has been involved in a project to construct a database detailing the careers of all clergy of the Church of England from the Reformation to the mid-nineteenth century. The project leaders will use this resource to write a major study of what was by far the largest profession in the early modern period, but the Clergy of the Church of England Database has already had a pioneering impact. Through its use of dozens of often volunteer researchers across the country it has provided a model for other large-scale historical projects, the database itself is already being used by thousands of people every month, notably genealogists, and the website is developing as a forum for conversations between academics and the non-academic users. The project has featured widely in the media, including a major article in The Guardian and on BBC TV's ‘Who Do You Think You Are?'

Professor Taylor also has an interest in publishing. For some years he served as a Director and then as Senior Academic Advisor of Boydell and Brewer Ltd, a small academic publishing company, and throughout his career he has been much involved in publishing the work of others. He is an editor of two monograph series and of the record series published by the Church of England Record Society; he served as reviews editor of Parliamentary History for almost twenty years; and he has been or is a member of a number of other advisory boards. Recently, he has been a member of the committee organizing the celebrations of the 400th anniversary of Lambeth Palace Library.

Another collaborative project on which he is engaged with Philip Williamson and Natalie Mears - ‘British state prayers, fasts and thanksgivings, 1540s to 2002' - has provided the inspiration for the research that Professor Taylor will be pursuing during his time at the IAS. Exploring ‘Futures' from an historical perspective, he will be examining how early modern Englishmen and women thought about and engaged with - and perhaps even hoped that they could influence - the future. He will also explore how these early modern beliefs, based on beliefs about God's providential government of the world, changed through the Enlightenment and into the post-christian society of the late twentieth century.