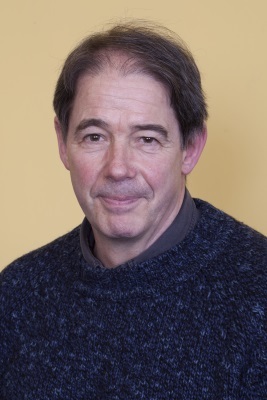 In addition, he is Co-Director of The Prince of Wales's Business and Environment Programme which runs Seminars for senior executives around the world. He is a Non-Executive Director of Wessex Water, and of Willmott Dixon Holdings. He is a Trustee of the Ashden Awards for Sustainable Energy, and is involved in the work of many NGOs and charities as Patron, Chair or Special Adviser.

Jonathon's involvement in the Green Movement started in the mid-1970s, when he joined the Green Party - he is still a member today. At that time, he was teaching English and Drama in a comprehensive school in West London, after being educated at Eton and Magdalen College, Oxford, where he studied French and German. He spent a lot of time travelling in those days, as the family was living in New Zealand between 1967 and 1973. His father was an eminent surgeon and athlete.

Jonathon became co-Chair of the Green Party in 1980, a position which he held until he took over as Director of Friends of the Earth in 1984. The next six years provided the foundation for the rest of Jonathon's career, as they coincided with a huge surge in interest in environmental issues. In the years after that, he wrote a number of books (including 'Save the Earth', at the time of the Earth Summit in Rio de Janeiro in 1992, which sold more than a million copies) and fronted various television series.

In July 2000, he was appointed by Tony Blair as the first Chair of the UK Sustainable Development Commission, a position which he held for nine years. The SDC is the Government's principal advisory body on all matters relating to sustainable development and acts simultaneously as the 'watchdog' of the Government's performance - a role which led inevitably to some confrontational encounters with Government Ministers! He is still involved in a number of political initiatives today.

His latest books are Capitalism As If The World Matters (Earthscan, revised 2007), Globalism & Regionalism (Black Dog 2008) and Living Within Our Means (Forum for the Future 2009).

Jonathon received a CBE in January 2000 for services to environmental protection.

The Erosion of Citizens' Rights to Protest and the Impact on the UK Environmental Movement
(with B. Harris)
http://www.jonathonporritt.com/

For 40 years, environmentalists have strained every sinew to persuade society ‘to change its ways' to avoid the potentially fearsome consequences of accelerating climate change, resource depletion and pollution. ‘Scarcity' has been one of the recurring themes of this critique of orthodox models of progress and economic growth: if we go on growing both the number of people and the overall size of the economy, it has been argued throughout that time that the natural systems on which we depend will simply not be able to cope.

Whilst hard to argue with from a scientific point of view, the cumulative impact of this alternative world view over forty years has been limited. ‘Business as Usual,' with a few relative painless environmental trimmings, remains the order of the day.

So is it time for environmentalists to try a different tack: to seek to seduce society into ‘changing its ways' rather than hectoring and dragooning it?  Might we perhaps learn from the rich heritage of utopian writing, from Thomas More's original ‘Utopia' to Ernest Callenbach's ‘Ecotopia,' to develop a very different discourse based on aspiration, quality of life and a fairer, more efficient economy? The lessons are there to be learnt, but does utopian thinking have any part to play in the modern Green Movement?

The majority of environmentalists remain suspicious of utopian ‘visioning,' partly on account of their interpretation of the malign influence of utopian thinking on the events of the twentieth century, and partly (it is suggested) because of a natural predisposition on their part to dystopian mindsets and long-held scepticism about the role of technology in sorting out problems that are perceived to go a lot deeper than ‘the next convenient techno-fix' would be able to reach.

But what is there to lose? With more and more entrepreneurs and wealthcreators aligning their own interests with prospects for a cleantech, sustainable economy, it is argued that the conditions for a fundamentally different approach to environmental advocacy are better now than any time over the last 40 years.