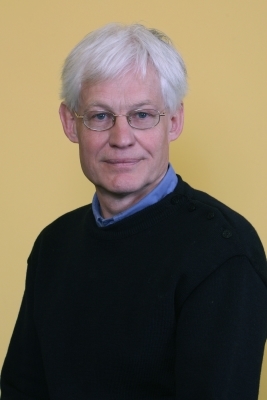 Dr Roger Smith is Reader Emeritus in the History of Science, Lancaster University and, as an independent scholar, is associated with the Institute of the History of Science and Technology and the Institute of Psychology of the Russian Academy of Sciences, in Moscow. Educated at King's College, Cambridge, initially in the biological sciences and then in the history and philosophy of science, he taught in the Department of History at Lancaster for twenty-five years, before taking early retirement. Living in Moscow, he does occasional teaching and continues with research, editorial work and other writing.

Dr Smith's research has centred on the history of the relations of mind and brain, linked to the rich history of views connecting ‘being human' and nature as well as a philosophical topic. Thus he was led into the history of knowledge of the brain, of psychology and psychiatry, of the puzzle of human agency in a deterministic world (the problem of free will), of the relationship between the human sciences, the humanities and the natural sciences, and so on. His research, continuing at Durham, attempts to debate these questions through different kinds of projects in intellectual history.

He has published: Trial by Medicine: Insanity and Responsibility in Victorian Trials (1981), which discussed the history of the insanity defence in Britain in terms of relations between a new scientific medicine (‘brain') and an old moral and legal emphasis on individual responsibility (‘mind'); Inhibition: History and Meaning in the Sciences of Mind and Brain (1992), a study of the metaphor of ‘higher' powers controlling ‘lower' ones, of spirit controlling flesh, in psychology and the brain sciences; The Fontana History of the Human Sciences (1997, published in the U.S. as The Norton History of the Human Sciences), a large-scale synthesis of the sciences of human nature since the Renaissance (and part of this book, rewritten and translated, has just appeared in Russia as a history of psychology); Being Human: Historical Knowledge and the Creation of Human Nature (2007), which explains philosophically but accessibly the importance of the history of the human sciences in human self-understanding, arguing that there are limits to biological approaches to ‘being human'.

Associated with Durham since the founding of the journal, History of the Human Sciences in 1988 (now edited by Dr J. M. M. Good, Department of Psychology), Dr Smith has played an international role in debating and shaping a field, crossing disciplines, with this title. He was President (1987-92), The European Society for the History of the Human Sciences, Associate Editor for entries on asylum keepers, psychiatrists, psychologists, psychoanalysts, psychotherapists and psychical researchers in the new Oxford Dictionary of National Biography, and he has taught and carried out research in Boston, Göteborg, Lausanne, Moscow and elsewhere. As a lecturer in Lancaster, his main commitment was to modern European intellectual history, which he taught alongside the history of science and the nineteenth-century Darwinian debates. In Durham, he will continue historical work to illuminate thought linking human agency and natural causation, and linking human values and natural facts. T. H. Huxley called all this debate about ‘man's place in nature'.

In Durham, Dr Smith is accompanied by his wife, Dr Irina Sirotkina, a historian of Russian psychology and psychiatry - the author of Diagnosing Literary Genius: A Cultural History of Psychiatry in Russia, 1880-1930 (2002; also in Russian), and a cultural historian of free dance, especially the Russian group ‘Heptachor' (‘dance of seven').

IAS Public Lecture: Being Human in Russia - Free Will and Psychology Under the Tsars

What arguments might lead English-language scholars to count history among the human sciences? And, more deeply, what arguments justify the view that historical knowledge is essential to human self-understanding (individually and collectively) and hence is essential to ‘being human'? This paper addresses these questions, drawing on my book, Being Human: Historical Knowledge and the Creation of Human Nature, but reshaping a number of points in the light of discussion at the Institute of Advanced Study in Durham, and elsewhere, in the autumn of 2008. It is a summary of reasons for thinking that the history of the human sciences is central to the human sciences. The argument uses the notion of reflexivity to find an alternative form of human self-understanding to those characteristic of philosophical anthropology, on the one hand, and evolutionary biology and neuroscience on
the other. The human phenomenon in which knowledge-forming about human beings changes who they are - the phenomenon in which the subject ‘does not stand still' - appears to require an appreciation of history as knowledge of human self-creation. I develop this point of view in the light of a general rejection of claims that any one way of understanding is ‘fundamental.' Rather, this paper argues, there are different forms of knowledge, biological, historical, sociological or whatever, for different purposes. To understand what these purposes are and how they relate at one and the same time to past and current ways of life, in all their contextual particularity, is one of the principal aims of the history of the human sciences.