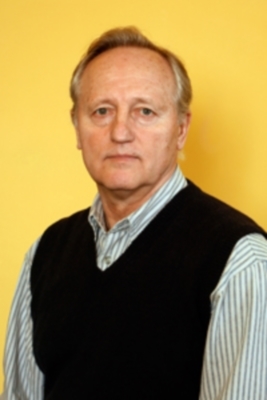 Professor Zoltán Kövecses received his M.A. from Eötvös Loránd University, Budapest, in 1972 and his Ph.D. and D.Sc. from the Hungarian Academy of Sciences in 1988 and 1996, respectively. He is Professor of Linguistics in the Department of American Studies at Eötvös Loránd University, Budapest. His main research interests include the conceptualization of emotions, the study of metaphor and idiomaticity, the relationship between language, mind and culture, and American slang and American English. He is also working as a lexicographer, and is the author of several Hungarian-English, English-Hungarian dictionaries.

Professor Kövecses serves on the advisory board of several scholarly journals including Cognitive Linguistics,and he is one of the four editors of Metaphor and Symbol.

He is currently working on the language and conceptualization of emotions, cross-cultural variation in metaphor, metaphor and metonymy in discourse, and the issue of the relationship between language, mind, and culture from a cognitive linguistic perspective.

In Durham, he will conduct research into the way metaphors are used in discourse. His main research question will be: which factors (social, cultural, cognitive, textual, and the like) play a role in the selection of particular metaphoric expressions? More generally, this research project aims to understand how abstract concepts appear (or are given expression) in discourse.

Cognitive linguists have so far paid a great deal of attention to the remarkable universality of many conceptual metaphors. However, their theories fail to account for the equally impressive diversity of metaphorical conceptualization both across and within cultures. The present paper is an attempt to lay down the foundations of a theory of metaphor that is capable of simultaneously accounting for both universality and variation in metaphor.