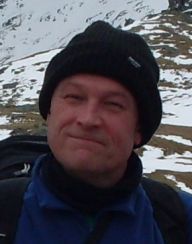 Charles Augarde is a Professor in Civil Engineering at Durham and a Fellow of the Institution of Civil Engineers. He joined Durham in 2001 as a Lecturer after (a) being born in Oxford, (b) getting educated at Lancaster, Heriot-Watt and Oxford Universities (in that order) and (c) working six years in industry as a civil engineer in Manchester. Charles’s research interests cover computational mechanics (methods for predicting, on computer, the outcomes of engineering processes such as building a tunnel, or fracturing some concrete), geotechnics (understanding how soils that we build on in or with behave, mechanically and hydraulically) and earth building (making use of subsoil for modern building materials, potentially an energy and carbon winner compared to cement-based products). Charles lives in Neville’s Cross with Cathy, Lizzie, Ruth and Ginger and when not being an academic enjoys allotment gardening, maps and electronic music.

Find out more at his webpage here http://community.dur.ac.uk/charles.augarde/ 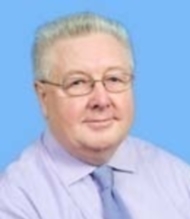 I am both an anthropologist and theologian with theoretical and practical interests. After an initial degree in Anthropology at Durham I engaged in my first research on Mormonism at the Oxford Institute of Social Anthropology under the supervision of the sociologist Bryan Wilson. I then read a theology degree at Durham and shortly afterwards became Lecturer at Nottingham University where I became Professor of Religious Studies before leaving for Durham in 1997. During that period I engaged in further work on Mormonism, as well as in Sikhism and Anglicanism, and in death rites. I also completed my first doctorate there on the issue of meaning and salvation. In Durham, as Professor in the Study of Religion, I help teach undergraduate modules on the Introduction to the Study of Religion, and Death, Ritual and Belief, and a module for postgraduates on Ritual, Symbolism and Belief in the Anthropology of Religion. Academically speaking, I also hold the degree of D.Litt. from Oxford as well as an Honorary Dr. Theol. from the University of Uppsala in Sweden. In 2009 I was made an Academician of the Academy of Social Sciences.

A great deal of my general work has sought to relate issues in theology and social (Anthropology and Theology, Berg, 2002). I then have several other areas of research interest. Special research in Mormonism has resulted in An Introduction to Mormonism, ( CUP. 2003) and The Mormon Culture of Salvation, (Ashgate. 2000) along with other books, chapters and encyclopaedia entries. I have also been a visiting professor at Brigham Young University in Utah. In terms of death Studies I have edited the Encyclopedia of Cremation, (with Lewis Mates: Ashgate, 2005), and also written A Brief History of Death, (Blackwell, 2004), Death, Ritual and Belief, (Revised and expanded edition, Continuum 2002). Extensive empirical research for Reusing Old Graves. (With A. Shaw. 1995) has been influential in relation to issues of burial reform in the UK. In terms of Christian church life I have, for example, joint edited ( with Helen Cameron, Philip Richter and Frances Ward) Studying Local Churches: A Handbook, ( SCM Press, 2005). My Private Passions, (Canterbury Press, 2000) was the Archbishop of Wales's Lent Book for that year. Church and Religion in Rural England. (With C. Watkins and M. Winter, 1991) involved a major study of the Church of England. Many other papers and book chapters numerous aspects of religious life including, for example, some biblical interests in, 'Purity, Spirit and Reciprocity in the Acts of the Apostles', in Anthropology and Biblical Studies, (eds) L.J.Lawrence and M.I. Aguilar, Leiden: Deo Publishing. 2004), and 'Rebounding Vitality: Resurrection and Spirit in Luke -Acts'. The Bible in Human Society. eds. M.D.Carroll, D.Clines and P. Davies. Sheffield Academic Press,1995. 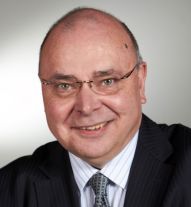 Richard joined Durham University Business School as an economist in 2012, also taking on the role of Head of Economics, Finance and Accounting. Previously he has held positions at the Queen’s University Belfast; the University of Waikato (New Zealand); Portsmouth University; Durham (2011-03); Newcastle; and Glasgow. In the last 3 years he has been a member of the Lead Expert Group on BIS/GO Science Foresight Future of Manufacturing project; Special Advisor to the UK Parliamentary Commission on Banking Standards; and currently a member of ESRC Administrative Data Research Network (ADRN) Project Approvals Panel.

His research interests are mainly centred around the micro-econometric analysis of firm-level productivity, including the determinants of innovation, R&D and exporting. Most of his work in this area has been undertaken for the UK and Chinese economies. Over his career to date, he has published 105 publications in internationally refereed journals; 36 book chapters or other articles; and 6 books; and generated around £3.25m (in current prices) in research income. 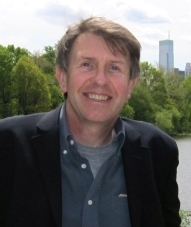 Stephen Regan is Professor of English in the Department of English Studies at Durham University, where he was Head of Department from 2008 to 2011. He was born in Durham and attended local state schools (St Cuthbert’s Primary School in Crook and St Bede’s Grammar School in Lanchester). Before returning to Durham, he was Lecturer in Modern Poetry at Royal Holloway, University of London, and also worked at Ruskin College, Oxford and The Open University. He was a Visiting Scholar in the Department of English at Harvard University in 2011-12. He has worked for the British Council in Poland, former Yugoslavia, Morocco and Tunisia, and he is currently Chief External Examiner for the Arab Open University. His main teaching and research interests are modern poetry, modern Irish literature and literary theory. His publications include essays on W.B.Yeats, Seamus Heaney and Robert Frost, and two books on Philip Larkin. He is the editor of Irish Writing: An Anthology of Irish Literature in English 1789-1939 in the Oxford World's Classics series. Stephen Regan is Director of The Centre for Poetry and Poetics, which is affiliated to Hatfield College, and which encourages research on the Basil Bunting Archive and other poetry archives in the Palace Green Library at Durham. 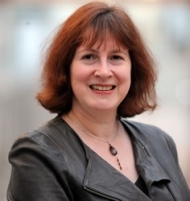 Claire is the Pro-Vice-Chancellor (Research) is responsible for facilitating the University’s world-leading and world-changing research, through the University Strategy’s Research and Engagement workstream.

She leads on the University’s Research Excellence Framework (REF) submission, chairs the Research Committee and has responsibility for Research Institutes, Knowledge Exchange and Research and Innovation Services.

Previously Claire was a Lecturer in the Department of Information Studies at Sheffield University.

She is a member of the advisory board for CLARIN, DARIAH-DE, the Russell Group's EU Advisory Group and the Conseil Scientifique du Campus Condorcet in Paris.

Previously she served on the Executive Council of the Association for Computing and Humanities and as Chair of the International Programme Committee for Digital Humanities and was a member of the Advisory Board for the British Library's BL Labs initiative, Phase One.

Claire’s research is concerned with the way that digital resources are used in the humanities and cultural heritage; the use of social media in these areas; and in reading behaviour in physical and digital spaces.

Claire holds an undergraduate degree, a Master's degree and a PhD in English Literature from Cambridge University. 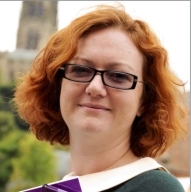 Nicole Westmarland is Professor of Criminology at Durham University and Director of the Durham Centre for Research into Violence and Abuse (CRiVA). Her research consists of around forty research and consultancy projects in the field of male violence against women. She is particularly known for her work on rape, domestic violence and prostitution which has underpinned a number of policy changes and which she has spoken about all over the world.

Professor Westmarland’s most recent book is ‘Violence against Women – Criminological Perspectives on Men’s Violences’ which was published by Routledge in May 2015. 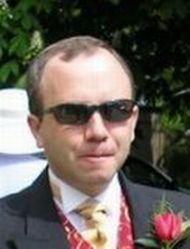 Fred Worrall is professor of environmental chemistry within the Department of Earth Sciences. Fred’s research career started with work on pesticide pollution which included use of molecular modelling that lead to an ab initio explanation of groundwater pollution and new methods of measuring groundwater vulnerability. Fred has written over 120 papers in peer-reviewed international journals and has run research projects for four different research councils; government departments and agencies (eg. Defra); charities (eg. The National Trust); and a range of industries. His research is focused on carbon and nutrient biogeochemistry including greenhouse gas management and surface water quality. Current research includes work on: fugitive emissions from hydrocarbon exploitation; the oxidation state of the terrestrial biosphere; phosphorus budgets of catchments and the fate of carbon in rivers.