Can a Green union man beat Labour's London parachuter in the north east? 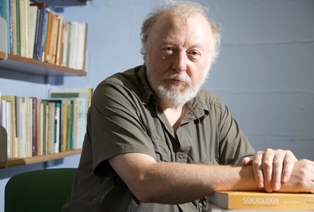 Professor David Byrne, School of Applied Social Sciences, reports from Redcar and Cleveland, one of the UK’s most interesting marginal constituencies.

Redcar and Cleveland is a Liberal Democrat-held seat just to the east of Middlesbrough in the UK’s post-industrial north east. Historically, this was very safe Labour seat, held with majorities of more than 30% by the late Mo Mowlam and Vera Baird, now Police Commissioner for Northumbria.

But Baird lost it in 2010 in a stunning upset by the Liberal Democrats' Ian Swales, who took the seat thanks to a 22% swing. For this, the Lib Dems should probably have thanked the closure of the local Corus steelworks (now reopened) in March 2010. There had also been some change in the seat’s demographics, with suburban developments changing the population profile.

But Teesside has never been as doggedly loyal to Labour as the rest of the post-industrial north east. Labour lost middle-class Stockton South to the Tories in 2010, and fierce working-class identity politics have never had quite the same cultural hold as in the former coalfield areas of Durham, Tyne and Wear and Northumberland.

While a now largely disappeared industrial middle class used to vote against Labour, and the Tories could count on winning parliamentary seats on Tyneside and in Sunderland until the Thatcher years, Teesside was always different.

Labour should have headed into 2015 ready to win back Redcar and Cleveland with ease, particularly as Swales is standing down after one term. But things are not so simple.

The Labour candidate, selected from an all-women shortlist, is Anna Turley, who has no local connections. She is a former political adviser to David Blunkett and Hilary Armstrong, and is based London – Islington, no less. This is not the first time she has sought a seat in the north east, having tried and failed to get selected for the safe North West Durham constituency before the 2010 election.

The north east used to be safe territory for rising Labour stars parachuted in from London, but in the aftermath of David Miliband (South Shields) and Peter Mandelson (Hartlepool) there has been a backlash and local parties are more keen to select local candidates for safe seats.

Labour’s selection process for Redcar and Cleveland stirred up a fair bit of resentment. The insistence on an all-women shortlist ruled out several local contenders, and then resulted in the selection of an outsider with no local experience at all.

These grumblings resulted in the deselection of ten sitting Labour Party Councillors in Redcar and Cleveland in advance of the 2015 local elections, including the then Leader and deputy leader of the then controlling Labour group. The deselected councillors claim they were turfed out for voicing their dissatisfaction with Turley, and that their expulsion was orchestrated by Tom Blenkinsop, Labour MP for Middlesbrough South and East Cleveland (which includes part of the Redcar and Cleveland council area).

These councillors have now resigned from the Labour Party, describing north east Labour’s region as being like North Korea. They sit as independents supporting a now Lib Dem council leadership.

These kinds of shenanigans are by no means unknown in north east Labour politics, but have been somewhat less common with the decline of trade unions and the massive decline in active individual membership. Depending on your point of view, trade unions were either a force for good – largely the miners and engineering workers – or ill – the notorious GMWU machine led by “back handy Andy” Andy Cunningham, who was jailed for corruption in the 1970s.

And while the national party machine has been in control to a considerable degree, it clearly no longer enjoys the same power to impose candidates that it did in the Blair years.

Just to add to the fun, the Green candidate in Redcar is Peter Pinkney, the National President (highest ranking lay official) of the RMT Union.

RMT’s predecessors were among the unions which founded the Labour Party in the first place, but the union was expelled from the party in 2004 for supporting Scottish Socialist candidates in elections. Labour has indicated that it would like the RMT back in the fold but the union has made it plain that it is not interested and will instead support candidates of any party which supports its objectives, including in particular renationalisation of the rail network. That explains its donation of £7,000 to Caroline Lucas’s re-election campaign in Brighton.

Pinkney is a Teessider born and bred, with impeccable working class credentials; he has even been a member of the TUC General Council. He has embraced the Greens' true-left rhetoric with zeal, denouncing Labour as “a sort of reddish Conservative party”. For him, the Greens are now the UK’s only real party of the left and the one which best represents working-class interests.

The last Ashcroft poll of Redcar and Cleveland was taken in September 2014, and put the Greens nowhere – but that was before Pinkney became the candidate, and before the considerable publicity that greeted his “left of sold-out Labour” campaign. It would be an extraordinary feat for him to win the seat, but his intervention will certainly make a difference.

Given that there is also a UKIP candidate who may take votes from Labour, his selection has Labour worried.

In any event, that such a credible working class figure has come over to the Greens is a major coup for the party – and if it pays off with a strong showing, the party might think about replicating it around the country.