There is a lively debate in both science and philosophy concerning the nature and status of emergence, and the failure (?) of the ancient idea that the whole world is nothing but a hugely complex configuration of entities and processes described by the microphysics. From the point of view of philosophy of science, it is remarkable how this debate on emergence is conducted in isolation from recents debate in the metaphysics of science, concerning laws of nature, causation, and scientific explanation, in particular.

Our project aimed to advance our understanding of emergence by examining how these two debates connect with one another. In particular, we studied the way in which different arguments for and against emergence sometimes rely on unstated presuppositions concerning laws of nature and scientific explanation. It turned out, for example, that recent arguments concerning emergence in relation to continuous phase transitions fail to get off the ground in the context of a well-motivated philosophical account of scientific explanation.

We have all been doing research on issues under the project's remit, and the three of us are about to meet in Leeds for 5 days (23-28 Feb, during which we'll interact in various ways, and myself and Alex Reutlinger will also give a talk at a little workshop we are organising on 'emergence in physics' on Friday 27th Feb.

Juha is in the process of editing a book together with Reutlinger on non-causal explanation in science, connecting with some issues relating non-causal models and emergence as discussed by Batterman and Morrison.

(2017) Alexander Reutlinger: 'Does the Counterfactual Theory of Explanation Apply to Non-Causal Explanations in Metaphysics?' European Journal for Philosophy of Science.

(2017) Juha Saatsi and Alexander Reutlinger: 'Taking Explanation to The Limit – Anti-reductionism and Renormalization Group Explanation of Universality' Philosophy of Science. 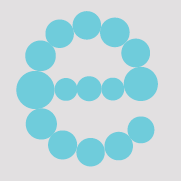