Since graduating at the Islamic University of Gaza in 2015, Hoda has been a Researcher on the Small Enterprise Centre Association – Oxfam GB project Economic Recovery in Gaza Strip: Promoting Choice, Resilience and Dignity project funded by Danish government. This aims to develop an equitable business environment and economic recovery, especially for male and female small scale enterprises.

She has worked as a volunteer in the Budget & Treasury Divisions of UNRWA in Gaza, and at the Women's Affairs Technical Committee, an organisation that supports women’s rights in Palestine. She is fascinated by other cultures including their languages, cuisines and beliefs. In addition to English, she has taken courses in French and Turkish and, when possible, cooks Italian and Indian dishes. She also enjoys outdoor activities and painting.

Hoda strives to keep herself up to date with international affairs, economics, development and politics especially as they affect the world's most impoverished areas. In 2015, she was commissioned by The Guardian newspaper to investigate women’s struggles in post-war reconstruction, education, economics and health and to convey these to the authorities in Gaza. She says that discussions with the Editor taught her valuable lessons about the nature of integrity and evidence in research which will always stand her in good stead.

Hoda hopes that her Durham course will give her the economic and financial disciplines she needs to work with donors, investors and creditors in Gaza and to represent the needs of beneficiaries and vulnerable people despite the lack of open data portals. She is particularly interested in enhancing the role of transparent audit.

Tala’s first job after graduating in Business Administration from Bethlehem University in 2013 was in advertising sales before she created Jacket Potato, the first restaurant of its kind in Palestine. She did all the management, accounting and marketing as well as sometimes preparing the food with her mother. At the same time she worked at Al-Harah Theater as administrative co-ordinator of its cultural training centre of which she was the co-founder after proving its feasibility in a graduation project. She has developed the curriculum and systems for managing the centre, the teachers and the students.

Tala’s has undertaken many voluntary and community activities. She served for 2 years as chair of the Beit Jala Municipality Youth Council, organising social, cultural and sports activities. She organised a creative writing forum for Palestinian youth, sponsored by the Italian organization Pace Per Jerusalemme. Previously, she helped to organise a handicraft fair at the Beit Jala Cultural Festival and was basketball coach assistant for a group of marginalised village women. Tala has played football for 14 years, represented Palestine internationally and helped to motivate thousands of Palestinian girls to take up the sport.

Tala has chosen her MSc course for its focus on understanding of the realities of management in a global context which, she thinks, is critical for development in a small country. She hopes her business insight, research and presentational skills will also be honed by participating in a real life business project. Later on, she hopes to do a PhD and become a university teacher as well as an active business leader.

After graduating in English Language and Literature from Birzeit University in 2015, Tamara became Project Coordinator of the Arab AmeriCare Foundation’s internship programme and managed its social media accounts. Then she worked as a translator at the Palestinian Economic Council for Development and Reconstruction (PECDAR), mainly working with foreign donors and ambassadors, following up their meetings with PECDAR’s manager and proofreading all PECDAR’s documents that need to be written or published in English.

Tamara is an artist working in graphite, pencil and watercolour. She was delighted to be a guide at Omar Ben Dinae’s exhibition “The Ceremonial Uniform” at Birzeit University. Here, after long conversations with the artist, she was able to explain to visitors in Arabic, English or French the artist’s ideas and methods, especially as they touched on themes like gender, culture, identity, and politics. At university, she greatly enjoyed partnering Katie, a foreign student on Birzeit’s 1-semester Palestine and Arab Studies (PAS) program and helping her to learn Arabic while they became friends and learned about each other’s culture, traditions and ways of life.

Her short stories and poems can be found at http://tamarabarakat.blogspot.com/ and she hopes to write a novel for young adults. In 2014, she used a selection of her poems and research she had done on the role of graffiti as a nonviolent tool of resistance in Palestine to enter and win the “Nimeh Fares Prize of Excellence” in English Literature. Her other interests include drama and hiking. 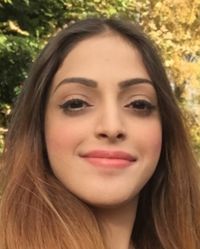 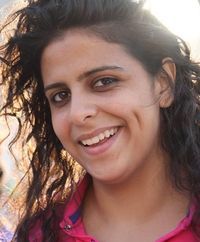 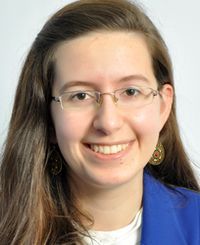