After graduating in English Language and Literature at the Islamic University of Gaza in 2012, Hanan worked as a teaching assistant at the university, grading student assignments in poetry and literary criticism as well as helping students prepare their presentations. Subsequently she taught in an elementary school and, since January 2013, she has been an English Language teacher at Amideast. She has also been a translator at the University College of Applied Sciences.

Hanan is a published short story writer and helped to publicise the book Gaza Writes Back. She says that her passion is Palestinian folk music.

She hopes that her Applied Linguistics course will give her the practical and theoretical tools to experiment with different teaching practices and to explore new methods of assessment. She is committed to teaching as a career and hopes to be able to inspire young Palestinians in their use of English whether that be as creative writers, scientific researchers or social media activists.

After graduating in Computer Engineering at the Islamic University of Gaza in 2013, Mohammed worked as Media Co-ordinator at Palestine Media Productions. Since then he has been at Gaza Gateway/UNRWA helping young people start their own businesses, first as a Project Associate and now as Team Leader. In 2012, he co-founded EduActive, a start-up company specialising in motion sensor enabled software applications.

His voluntary activities centre around the Gaza Google Developers Group, a team of enthusiastic young techies who aim to spread technological awareness among Gaza residents and to introduce IT students and graduates to all the new hot topics in this field. The 40 workshops they have held have resulted in many start-ups and small business ideas. During the last Israeli bombardment, he successfully crowd-funded for emergency psychosocial support for families in UNRWA shelters. He is also “interested in anything football related”.

Mohammed hopes to be able to use the wide ranging scope of his Entrepreneurial Management course to hone skills that will help to galvanise a lot of people in Gaza to start up their own businesses. As he says, Gaza has one of the greatest pools of talent in the region and creative use of the internet can bypass the Israeli blockade. 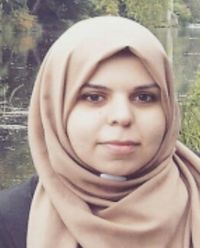 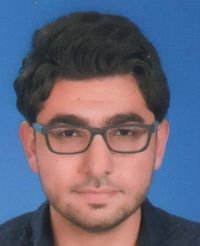