Tahani graduated at the Islamic University of Gaza in Teaching English Language in 2010 and completed a Diploma in Professional Translation in 2011. Since then, she has worked mainly at Palthink for Strategic Studies, first as a translator and administrative assistant and then as a Research Project Co-ordinator. Currently, she is a translator at the University College of Applied Sciences, serving both the Public Relations Office and the External Relations Office.

Her extensive voluntary work includes organising and coordinating knowledge-based programs as part of a youth initiative, membership of the 16th October Group that aims to use the media to change the stereotypical image of Palestine, participating in conferences and workshops on Palestinian issues such as prisoners, refugees and the blockade, and helping to translate a variety of books that were much needed in Palestine.

Tahani wants to develop translation studies in the Palestinian universities and, ideally, to establish translation degrees. She also wants to initiate translation projects so that university staff and students can access up-to-date materials in subjects like media, economics, law, business and the sciences. She hopes that such work will improve the professional status and pay of translators and make a real contribution to the progress and development of her society.

Mahmoud is 29 years old and comes from a refugee family in Gaza. In 2007, he gained a degree in Computer Engineering at the Islamic University of Gaza and in 2010 completed a Graduate Diploma in Managing Civil Based Organizations.

For the last 4 years, Mahmoud has worked for CARE International and is now its Project Co-ordinator in Palestine. The work focuses on safety, security and risk mitigation and he provides safety information and analysis to all NGO working in Gaza so that they can implement their humanitarian projects. He also publishes reports of safety-related issues and conducts monthly briefings for non-government and United Nations organizations. Previously, he worked as a high school English language teacher and at UNRWA as an IT Assistant. Before that, freelance translating, photography and graphic design work helped him finance his university studies.

Mahmoud hopes that the experience and knowledge he gains at Durham University will enable him to become an expert in the field of security and safety and an adviser to both the local community and international staff. Gaza lacks professionals and academics in this subject so he hopes that he will also be able to make an academic contribution.

Sarah graduated at the Islamic University of Gaza in 2013 with an excellent degree in English Language and Literature. She works as a teaching assistant at IUG and also as a part-time English language trainer at Amideast.

Among Sarah’s voluntary activities was teaching English in the Jabalya refugee community. Many of the participants were elderly women with no secondary education but eager to learn. In 2012, she was a co-organiser of an International Conference on Applied Linguistics and Literature in Gaza. A play she co-wrote was performed at the accompanying cultural event and seen by eminent participants such as Noam Chomsky. She is a published poet and one of her stories is included in a recent book.

Although Sarah believes that literature does not need a utilitarian purpose, she marvels at its power to change mentalities and bridge gaps between diverse societies. At Durham, she will specialise in Twentieth-Century literature and creative writing. She also hopes to do some research on post-colonial literature, the discourse of the coloniser, and the representation of the self and the other.

Sarah hopes to lecture at a Gazan university, helping students majoring in literature to nurture their talents and to articulate their thoughts through creative writing. 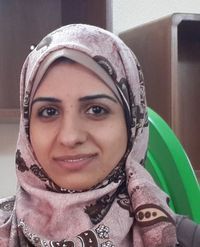 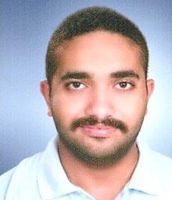 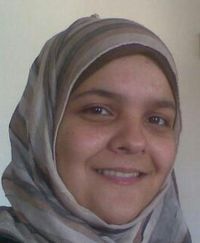