After graduating in Finance and Business Administration at Birzeit University in January 2009 Majd worked as a financial analyst with a cellular communications company. In 2010 she became the Activities and Programs Coordinator for the arts centre, Sareyyet Ramallah, for which she coordinated the Ramallah Contemporary Dance Festival, dance school, basketball school and children's summer camp. She also acted in two films and helped to convert Sesame Street into Arabic.

Majd's community activities covered a wide range of youth work, scouting, music, theatre, dance and sport. She has represented Palestine at basketball and helped to establish the Palestinian Circus School, which toured Europe as Circus Behind the Wall.

She wants to use her Durham experience to enhance the professional management of Palestinian arts organisations, particularly in providing outlets for women and for young people. After initially working for a creative arts company, she has now returned to Sareyyet Ramallah as its Public Relations Officer and program manager for the Ramallah Contemporary Dance Festival. She is still dancing herself and has recently been selected to work with Les Ballets C de la B, the KSV and the Royal Flemish Theatre, three well known dance and theatre companies from Belgium. (Nov. 2012)

After school in the Jabalia refugee camp, Summer completed her degree in 2009 in English Language Teaching at Al Aqsa University and then worked as a Literacy and Cultural Officer for UNRWA, the United Nations Relief Agency, in Gaza.

While at university, she worked, at various times, as a translator for Community Rehabilitation, as a Sharek Youth Forum leader and as a broadcaster for Labour Voice (news) and People's Voice (Arabic poetry) as well as doing a range of voluntary work and acting.

Summer says that the horrendous problems and feelings of isolation caused by the Israeli siege of Gaza has brought people together to seek community-based solutions. She hopes that her MA in Community and Youth Work in Durham will give her additional skills to support this movement and to influence the government's social policy in this area. She is particularly interested in creating co-operatives and in working with women to increase their self-confidence.

Rabee grew up in Jenin and attended the Arab-American University (AAUJ) there, graduating in 2006 in Computer Information Technology. After working for the Jawwal Company, he moved to the Commercial Group For Trading In International Markets in Amman and then to the Rush Projects of the Saudi Binladen Group as its Systems Administrator and Training Consultant.

Rabee's voluntary work focused on working with young people under various UNDP and UNESCO projects, including a group that promotes children's rights and health care, the Sharek youth program, and summer youth forums. He was a member of the university choir and helped to establish a poetry forum.

After gaining Durham MA, Rabee worked for a year as an IT consultant for a British firm in order to consolidate his new skills but he has now returned home to work for Ericsson as a senior project manager.

Zainab graduated in Industrial Engineering in 2006 from the Islamic University of Gaza and then worked as an industrial engineer at the Water Resources Directorate, evaluating drinking and agriculture water, mapping groundwater levels and surveying the efficiency of wells and desalination stations.

In 2007 she moved to the Wood Industries Union where, among other initiatives, she planned and established quality assurance laboratories for the furniture industry and developed new apprenticeship training programmes for women from deprived families and for dwarf people.

In addition, Zainab took part in intercultural dialogue seminars with Norwegian youth, taught Arabic to Russian residents and collected money for orphans, who she also entertains.

Zainab is now a lecturer in engineering at the Islamic University of Gaza and wants to provide consulting services to private companies and state Industrial Unions. She is convinced that competitive advantage can be gained by using local resources to produce environmentally-friendly, unique, well-designed new products and improve the design and the quality of existing ones. She also wants to promote new social and economic values and enhance the role of Palestinian women in industry.

May graduated from Birzeit University in 2008 in Sociology and Business Administration. She lives with her family in Jerusalem. Initially, she worked as an accountant and receptionist at the Jerusalem Hotel and as interpreter/translator for a Danish researcher before employment as an administrative assistant with the Evangelical Lutheran Church, which runs schools in the West Bank and Jerusalem.

She has also worked as a volunteer with the UN-funded Sabaya Women Community Based Empowerment Programme, writing reports of rural women exposed to social, economical and political violence and as a field worker for the International Peace Cooperation Center, interviewing people about their problems caused by the construction of the Separation Wall. she has done a lot of work with children and young people, especially those whose fathers or mothers are imprisoned, including activities aimed at helping them release their inner emotions, pain, anger and fear as well as providing play activities and helping them discover their talents. She has also worked as a leader in summer camps and visited orphanages and child cancer patients.

May wants to work with young people, helping to build a healthy environment where they can take part in enjoyable activities, discover their talents and work on enhancing their capabilities. At the same time she sees the need to increase the awareness in Palestinian society of the importance of understanding childhood and child development. 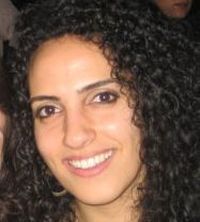 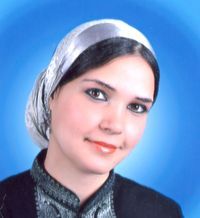 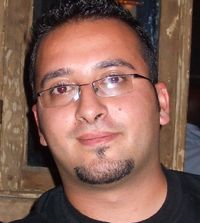 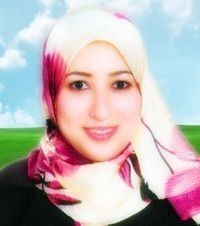 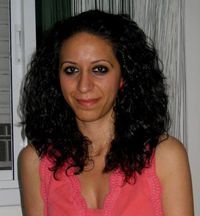