After graduating in Engineering at the Palestine Polytechnic University in Hebron in 2003, Mohammed worked there as a Teaching and Research Assistant. He was also a part-time trainer at the Hebron Vocational Training Center

Since 2004, Mohammed has been a volunteer with the Palestinian Center for the Study of Nonviolence, especially on its Library on Wheels for Nonviolence and Peace project. In 2008, he helped to establish a charity called Friendship and Peace which raises money for a chicken farm to provide jobs and income for poor families. He also arranged workshops to explain the importance of the environment, waste water recycling and global warming.

After reurning to Hebron from Durham, Mohammed was appointed as a lecturer at the Palestine Polytechnic University. He sees training students in computer distributed systems as a way of raising the quality of the labour force and contributing in a major way to Palestinian community development. He aims to contribute to the Palestinian National Authority project on E-Government.
(Nov 2012)

Shadia graduated in English Language and Literature/Translation from Birzeit University in 2003. She taught English in a secondary school for a year before becaming a senior translator at a legal translation company servicing lawyers and law courts.

In 2006, Shadia was appointed as a senior translator and interpreter in the Central Elections Commission, which organises presidential, legislative and local elections. In addition, she has acted as an interpreter for foreign observers and trainers and helped to write fund raising proposals that have brought a lot of financial support to the Commission.

Shadia also has a strong commitment to strengthening civil society. After the Israeli invasion of Ramallah she took part in local environmental and regeneration schemes. At summer camps for teenagers, she has developed innovative teaching methods using sporting and cultural activities to develop an understanding of English. At another summer camp she was responsible for enhancing understanding about the significance of democratic principles and institutional development in Palestine.

Shadia graduated with a distinction from MA course in Durham and returned to work for the Central Elections Commission, where she was promoted to the post of International Relations Officer. Shadia also wants to help to improve translation services in Palestine and affirm the central importance of civil society in providing genuine cultural exchange between Palestinians and others. She believes that this would narrow the social, political and cultural gap between Palestine and the outside world and support the development of a future Palestinian state.

Congratulations to Mahmoud on the award of his PhD at Nottingham University in June 2014.

Mahmoud comes from a refugee family in Gaza. In 2003 he gained a BSc in Civil Engineering from the Islamic University of Gaza and then worked as a Water Engineer with the InfraMan Company working on the Gaza Emergency Water Project, funded by the World Bank. This aimed to improve the water and wastewater services for 1.5 million people.

In Durham, Mahmoud researched the use of solar energy for water desalination and graduated with a glowing report about his research achievements. The dire drinking water situation in Gaza requires the urgent development of new water resources and desalination of seawater is a bright hope if it can be achieved at low cost.

Mahmoud had great difficulty in returning to Gaza but he eventually got home with the help of the British Consul-General in East Jerusalem. However, this was just 3 days before the start of the ferocious Israeli bombardment in December 2008. Since then he worked successively for the NGO Action Against Hunger, managing repairs to the water supply system, and as the Project Director of a large water development project funded by the German government.

In 2011, the Islamic Development Bank and the University of Nottingham awarded Mahmoud a PhD scholarship. At Nottingham he further developed his ideas about environmentally-friendly, low-cost, small scale water desalination plants and their practical mplementation in Gaza and other poor countries. Currently Mahmoud is working as a research fellow at the Institute of Sustainable Energy Technology, University of Nottingham, before returning to Gaza. (July.2014)

Riham lives in Ramallah. With a bachelor degree in accounting from Birzeit University (2003), she joined the team of auditors of Ernst and Young and became a qualified CPA (American Institute for Certified Public Accountants). In 2006 she became internal auditor for the Palestinian Medical Relief Society (PMRS).

During Israeli incursions in Ramallah, she was a volunteer with PMRS, delivering medications, dressing wounds and burns, and giving injections. In the absence of ambulances, "walking teams" had to be organised to deliver these emergency services.

After gaining her MA degree from Durham, Riham was recruited by the Ramallah office of Ernst and Young, the international accountancy and consultancy firm as an Advisory Services Manager. In 2013 she became a Senior Manager and is currently engaged in an EU-financed project to train selected staff at the Palestinian Authority in financial management and internal auditing. (June. 2014)

Falah lives in East Jerusalem. After graduating in Mechanical Engineering at the Palestine Polytechnic University (PPU) in 1996 he worked as an engineer at various companies and at PPU's renewable energy and environmental research unit, specialising in solar energy systems and small-scale windmills.

He has done voluntary work at the Jerusalem Rose Community for the Handicapped. Here he helped people to understand their rights and make claims to the national insurance institute as well as organising meetings, meals and recreational tours.

Falah wanted to use his experience and his MSc degree from Durham to promote the use of sustainable energy as the key to environmental protection, economic progress and social development in Palestine. He is now the Director of Renewable Energy at the Palestinian Energy Research Center in Ramallah. In October 2009, an agreement was signed between the Ministry of Power and JAICA (Japanese International Cooperation Agency) to build Palestine's first power station using photovoltaic solar cells. Falah carried out the station's technical design and economic feasibility study and the plant was officially opened in 2012. (Nov.2012)

After graduating in English from Hebron University in 2001, Eman worked as a translator for Medecins Sans Frontieres psychologists treating families severely affected by the brutalities of the Israeli occupation. She then taught pre-university and first year English courses at Hebron University and at AMIDEAST.

With the International Palestinian Youth League, Eman was a volunteer guide and interpreter for international volunteers in short term work camps. She also helped to get educational and technological facilities for schools. Eman has competed in 'Dabka' dancing events in Egypt and she was runner-up in the All Arab universities' table tennis competition for women. She was the Palestinian representative on an International Visitor Leadership Program in the United States and made presentations about difficulties faced by educational sector in Palestine.

Returning home from Durham, she obtained a post as a lecturer at Hebron University. Here she hopes to integrate translation skills with teaching methodology to promote students' language skills and to influence English language teaching in other Palestinian universities. 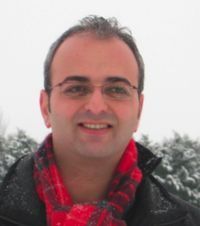 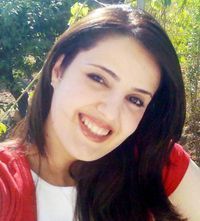 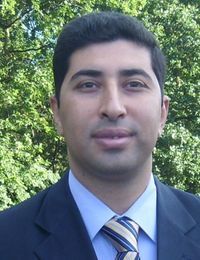 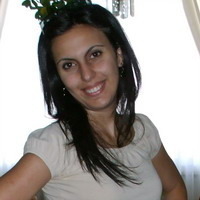 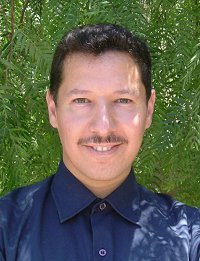 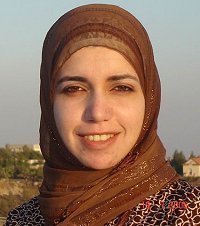