This season is proving to be another extremely impressive one for Durham University Sport with clubs and individuals building upon what was achieved in 2007/08.

The Boat Club dominated the BUCS Small Boats Head and came home with five gold medals, two silver and one bronze - results that even eclipsed last year's performance. Individual results are also extremely impressive. Fresher and VC Scholarship athlete Sarah Cowburn finished the most recent set of GBR Senior Trials in third place whilst the Youth Olympics, held in Australia, saw Durham's Apprentice Rowing coach, Kieran Emery, come home with two gold medals and one silver. He was closely followed by Joanna Fitzsimmons who picked up two golds and narrowly missed out on a third medal in the Women's Eight where she was joined by Sophie Vellacott.

The Fencing Club has been typically strong. Both the male and female first teams reached the last eight of the BUCS Championships whilst Fresher and VC Scholarship Athlete Kiera Roberts has achieved unbelievable success since arriving at Durham, winning two gold medals at the Junior Commonwealth Fencing Championships in February. Clubs experiencing the benefits of having a full time coach for the first time are having a very positive year. The Women's Lacrosse first team reached the last eight of the BUCS Championships for the second year in succession, whilst the second team have won the Trophy final with a score of 13-1 over Bristol 2s. Similarly the Tennis Club have both the men's and women's first team reaching the last 16 of the BUCS Championships for the first time in five years. The Basketball Club has also continued to develop and has moved a long way in 18 months. The men's first team have secured a promotion play-off to Northern Conference Division 1 and our women retained their Division 1 status. There is still much to look forward to with the cricket season and the summer rowing events getting under way. Durham University Sport is undoubtedly on course for another successful year. 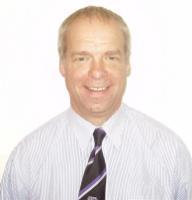 Dr Peter Warburton, Director of Sport at Durham University, was awarded an OBE in the New Year's Honours List for his Services to Sport and Higher Education.

Peter was delighted to be included in the New Year's Honours List and feels the Award is as much an acknowledgement of the people around him as of the work he has done. "I have been lucky enough to work with some outstanding colleagues in the University over many years and a real strength of the Durham sport programme has been built around individuals committed to sport. This approach has been mirrored in the wider community where a whole series of dynamic personalities have helped move forward our partnership agenda, both within the Higher Education sector and the broader community.