The recovery of stroke victims who suffer a brain haemorrhage, could be vastly improved if they were tested and treated for post-traumatic stress disorder, a distressing psychological condition more commonly known to affect soldiers who have fought in war zones.

The study of over 100 brain haemorrhage survivors, led by Adam Noble, Department of Psychology, found more than one third tested positive for the disorder, displaying symptoms such as painful memories and flashbacks of their haemorrhage, extreme anxiety and chronic fatigue.

Researchers found post-traumatic stress disorder impacted greatly on the stroke patients' recovery and their ability to resume a normal life, even if the actual brain damage caused by their type of stroke, called subarachnoid haemorrhage, was minor. 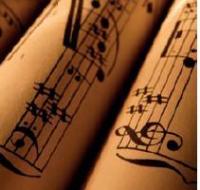 A remarkable North-Eastern duo who used to stage concerts in public houses in Durham, and on the high streets of northern cities, was celebrated by Durham University's Music Department.

The Department marked the 300th anniversary of the birth of North-east composer Charles Avison, with a concert featuring his music and that of his close friend and fellow composer and music promoter, John Garth (1721-1810). Garth and Avison popularized classical music, and reached new audiences by taking their music to the people on the streets of Newcastle and in the pubs of Durham. 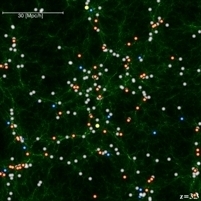 Scientists led by Alvaro Orsi, Institute for Computational Cosmology (ICC), have used a computer simulation to create images showing the "Cosmic Dawn" - the formation of the first big galaxies in the Universe.

The Cosmic Dawn began as galaxies began to form out of the debris of massive stars which died explosively shortly after the beginning of the Universe. The Durham calculation predicts where these galaxies appear and how they evolve to the present day, over 13 billion years later. The researchers hope their findings will improve their understanding of dark matter.

A team of scientists studying the L'Aquila fault, thought to be behind the devastating earthquake in Italy, flew out to the scene to capture crucial data. The scientists, from the Department of Earth Sciences, used a laser scanner to create cm-resolution three-dimensional ‘photocopies' of the fault surfaces. These results are combined with radiometric dating of crushed rocks and computer modelling of fault growth processes, allowing the team to constrain slip histories along each scarp.

Professor Bob Holdsworth, Head of Earth Sciences, said: "The results may hold the key to understanding and predicting both the timing and likely magnitude of future earthquakes in this, and many other seismically active regions of the world."

More than 100 of Durham's top home and overseas graduates will receive a new £2,000 scholarship for a one-year taught postgraduate course for October 2009 entry.

Although Durham graduates continue to be among the most sought after in the country, the new scheme encourages graduates to acquire enhanced transferable skills to give them a further advantage when competing for the very best jobs.

Professor Anthony Forster, Pro-Vice-Chancellor for Teaching and Learning, said: "We want to give our graduates an extra incentive to build on their skills, ensuring they are in the very best position to get a firm foot on the career ladder."

Humans are reason for varied coat colours in domestic animals

Research co-authored by Dr Greger Larson, Department of Archaeology, shows humans have actively changed the coats of domestic animals by cherry-picking rare genetic mutations over thousands of years. The study on wild and domestic pigs explains the evolution in the coat colours of all domesticated animals as they all express the same melanocortin-1 receptor (MC1R) gene, one of the genes that controls coat colour.

The study also explains definitively, for the first time, why there is a stark contrast between the coat colours of wild and domestic animals and gives further insight into the process of evolution.

President Barack Obama will "significantly alter" America's engagement with the world according to Professor John Dumbrell, Acting Head of the School of Government and International Affairs. Prof. Dumbrell said: "The presidential inauguration of Barack Obama signals a major shift in world politics. The management of the global economic crisis and the nature of America's engagement with the world will alter significantly, with important implications both for America's enemies and allies."

Although capitalism has brought prosperity and increased political power to China, it has also caused the weakening of a traditional society that had collectivism and strong family ties at its heart.

The findings suggest policy makers in China need to take urgent action to assess what is needed to improve the quality of life for its 140 million older people. 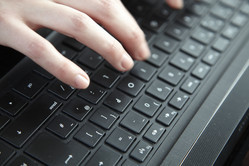