In the last issue of Durham First we invited you to share with us your family links with Durham. We have received some interesting responses from readers, some of which are printed here and others which can be found on Durham First online. 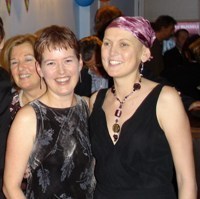 My aunt studied at King's College in the 1960s & met my uncle there. I then did Maths at Aidan's from 1982-85 and my sister, Andrea, did Biology at Collingwood from 1984-87, so we overlapped for her first and my final year. She lived out for her final 2 years while I lived in college for all 3 years, so we both had quite different experiences, but both thoroughly enjoyed our time there and I have very fond memories of my student days.

Can't remotely match the Murphys, but there are three of us:

Mary is married to Robin's brother; Robin is the father of Sarah.

Just read the article "Keeping it in the family" and thought I would email to let you know: My father, George Brooks attended Castle 1947-1950

Finally, my son Jack Brooks is at Josephine Butler in his first year making him the third generation Brooks to study at Durham. I didn't study at Durham!!

I married a St Hild's girl but, when I encouraged our son to study at Durham, he went to Reading. I did little to encourage my daughter by a second marriage but she has just started at Josephine Butler College exactly 50 years after I went up to Hatfield. 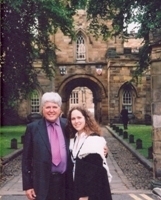 I have it on good authority that the Editor's father studied at Durham and gained an Honours degree in Modern Foreign Languages. Some thirty four years later it would seem that the Editor, having also gained an Honours degree in Modern Foreign Languages, graduated arrayed in the same gown and hood as her father. I believe that the Editor was very proud to have been attired in the same prestigious garments as her father. The latter had not however reached the same dizzy heights as his illustrious successor in terms of classification although all agreed at the time that this classification was that of a ‘Gentleman'.

It all starts with the Bamlett family, who lived in Belmont in the late 19th and early 20th century. Of the six Bamlett children, three attended the University:

(Edith) Mary Bamlett (b. 1889), attended Armstrong College at Newcastle, which was then the Science department of the Durham University, c.1920. She took a science degree, became a teacher, and later joined the Community of Jesus the Good Shepherd, an Anglican order, where she continued to teach in their girls' school until over 80.

Hector Bamlett (b. 1900 - my grandfather) was a member of St Cuthbert's Society as he resided at home and studied for the priesthood in the Theology department from 1919. He was ordained in Durham Cathedral by Bishop Hensley Henson, and served in a number of parishes in the Durham diocese before his untimely death in 1956.

Hector married Evelyn Gray (also from Belmont). Her brother (my great uncle) Fred Gray did his teacher training at Bede and met his wife Elsie (Duffy) who was a student at St Hild's, also a Teacher Training College at that time. Hector and Evelyn had 3 children 2 of whom went to Durham.

Michael (b.1935) returned to Durham to do his MA at Cuths in 1957 after a first degree at Leeds. He married Ann Douglass, whom he already knew, but who did her teacher training at St Hild's.

Margery Bamlett (b. 1904) studied at St Mary's College in the 20s. Margery met Geoffrey Barker at Durham, (Castle), whom she then married. Margery and Geoffrey had 2 children.

Daughter Pamela Barker was at St Mary's in the early 50s, where she met and later married Roland Taylor (Castle).
Pamela and Roland had four children, one of whom attended Durham -  Ruth Taylor attended Mary's c.1978

No one in the next generation yet!

One of my most embarrassing memories was at my graduation dinner at St John's, which my parents attended. When my father attended, St John's had a policy of no alcohol on the premises, (as well as no women!). Students were told that this was a condition of the legacy of the Misses Cruddas, whose estate had funded the building of the Cruddas accommodation in the college. Who knows what happened to the condition.... but alcohol flowed as freely in St John's as anywhere in the university by my time. At the sherry reception on the terrace, Dad was so excited to at last have access to alcohol on college premises, that he took it upon himself to dispense seconds to all and sundry.

Whether the first generation of Bamletts would have gone to University had there not been one on the doorstep is an interesting question. Hector, with all his siblings, attended the Johnston School in Durham. 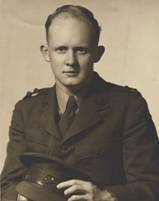 I've just seen the latest edition of Durham First, and the section where you ask about who in the family went to Durham. I was going to write after the last edition, where you asked for memories of Durham, but never got round to it, so I'm combining both.

My father, Ralph Holme, was at Bede (as it then was) between 1926 and 1930, and graduated with a BSc in pure science, then did a postgrad in teaching. He lived at 1 Park Terrace in Burnopfield, County Durham, and his father was a Council roads foreman. He got to Durham on various church and other scholarships. He taught mathematics for his whole career, and was regarded as one of the finest teachers of his generation - when teaching was still a valued profession.

My father's elder sister, Jessie Holme, didn't go to university but became a certificated teacher, and her salary helped pay his way through college. These were the days before student grants.

My mother, Kathleen Thornton, was at St Mary's from 1927 to 1931, graduated with a BA In history, and then became an MA. She also did postgrad education. She taught for her whole career. She met my father when they were both teachers at Dunston Hill Intermediate School.

My mother's sister, Joyce Thornton, was also at Mary's in the 1930s and graduated with a BA in history, did postgrad education, and then taught, mostly at Stanley Grammar School.

My mother's brother, John Arthur Thornton, did geology at Kings, Newcastle in the late 1930s then joined Shell as an exploration geologist. He was in the West Coast of the US, then in Borneo; got out as the Japanese moved in during the war, fought as a Captain in the Australian Army then rejoined Shell in Venezuela, and ended his career lecturing at Durham Tech.

They all had various bursaries and scholarships, otherwise they could never have gone to university. They lived at 13 Moore Avenue in Dunston at the time, and their father was a shift foreman on the Dunston coaling staithes.

I went up in 1967 to Grey, and graduated with a BA in geography in 1970. I did postgrad research at Cambridge, was a university lecturer for four years, and since then have had a varied career in industry, local government, the NHS and business, ending up as the CEO of a mutual savings and insurance company. I'm now semi retired and a management consultant.

Durham Dates...
Does the Durham Difference mean romance to you? A high number of alumni met at Durham and later married. If you met your husband, wife or partner at Durham then we would like to hear from you. Please e-mail durham.editor@durham.ac.uk with your stories and pictures.