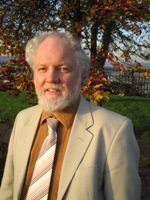 One of the things that being here in the 60s really brought home to me was that the normal, the conventional, is often the problem. Nowhere more so than in how we live, work and spend our money. We had then, and still have, unjust systems. The poor are still poor - in fact the gap between rich and poor widens. The oppressed remain oppressed. And we need to be angry about these things for this is a true and genuinely righteous anger, an anger that should drive us to action. For me the point of education is not so that you can make your way in the world but so that you can change it.

Education is now seen as a process of lifelong learning. Keep questioning, be sceptical without being cynical. Values you acquire now are likely to stay with you for life but will need to be informed by a developing and changing faith or moral core in response to experience.

A lot is said about the privileges of education and I still feel and benefit from the richness of the three years I spent at Durham...We were relaxed about financial pressures - no tuition fees, the college provided three meals a day and my grant covered all my living costs. Now all that has changed, and my worry is that it can pressure students in the wrong way and set a pattern of life, focussing achievement in certain ways, that will not create a better world but keep things as they are.

Something became very clear to me at college. For the most part the rich and powerful have a tendency to hang on to what we own and accumulate more if possible. Now of course I had come across this idea somewhere before, it seemed to crop up a lot in my set texts for my sociology degree but even more so in the main text for the diploma in theology that I was doing on the side. But what to do about it? And that's where the idea of fair trade, or alternative trade as it was originally called, came from.

The market is quite good at a number of things, as Adam Smith pointed out. It creates efficiency, it's good at encouraging profit-seeking behaviour, it delivers goods and services effectively to those who can afford to pay, and it created jobs for many, and wealth for some, in the process. But as we are finding out with a vengeance, it's not so good at recognising external costs like environmental damage and the exploitation of people and, given it's head, it will pursue profit to the wilder shores of greed and criminality. Smith recognised this and, being an Enlightenment professor of moral philosophy, assumed his market economics would be set within a moral framework.

So, 233 years on, how do we change the market? We make it grow up, give it values, a sense of responsibility, a conscience, a theology, a heart. This is what fair trade, sustainable development, ethical business is about. To comfort the afflicted we afflict the comfortable. It's an ongoing process and one which I would urge you to engage with because you are a truly a unique generation. My generation was the first to have the capacity to destroy the world. We managed (so far) to avoid doing it through nuclear weapons but have gone a long way towards doing it through global warming. Your generation also has this capacity but, unlike ours, I believe you will be the first to be able to heal the world as well. The scientific, political, social and economic tools are at your disposal, but to be used effectively they require great moral skill and spiritual purpose.

So, in a nutshell, get on with it.

Richard Adams is the British founder of the UK fair trade organisations Tearcraft and Traidcraft and of a number of social enterprises which promote ethical business.