Student involvement in the arts, music and community

Following a successful Canadian Tour in 2006, the Choir of St Chad's College received invitations to sing in the USA. After the exams in the Easter term they departed for New York City, Philadelphia and Princeton where they sang at a succession of concerts, Choral Evensong and Eucharist services at the following venues:

Led by the Director of Music at St Chad's, James Randle, and the Sub-Organist, Peter Swift, this tour provided an excellent opportunity for the students to visit the USA and to share their music in the communities they visited, as well as generating some very positive publicity for the University. St Chad's is incredibly grateful to its sponsors and the members of St Chad's College Choir Association who made financial contributions towards the costs of the tour and especially to the Alumni who through the University's Support for the Arts Committee made a very generous grant to the Choir.

The Choir continues to be busy and provided the music at the Friends of Durham Cathedral Christmas Concert with Durham Johnston School and the Durham Cathedral Young Singers. They sang Evensong in Durham Cathedral in March and the Sunday services in Blackburn Cathedral where St Chad's College alumnus, James Davy, is the Assistant Director of Music. Future plans include singing the three services in Durham Cathedral on Sunday 1st June, a visit to Staffordshire in July and the release of a second CD. Another international tour is also being planned for 2009. The College choir is also involved in an outreach singing project to local schools, where it gives concerts and master classes and works at developing singing in schools that are trying to build their own choirs.

Durham Student Theatre has continued to go from strength to strength in its efforts to promote theatre across the University. The society is the umbrella organisation for nearly thirty independent and college production companies, which focus on a wide choice of productions and genres ranging between musicals, opera and comedy as well as drama. Membership of the society has grown to nearly a thousand students, who, with the exception of some of the college companies, are free to audition for front or back-stage roles.

In order to increase participation among the Freshers' during their first year, DST reserves a slot in November of each year for the hugely popular Freshers' Play. Additionally each February sees a week given over to the Durham Drama Festival, which is predominantly reserved for pieces of new writing from DST members themselves. DST is in the enviable position of having access to one of the few student-run theatres in the country. This summer the auditorium was completely renovated and redecorated with the aid of a £60,000 grant from the Gillian Dickinson Charitable Trust, which funded the replacement of the theatre's seat and carpets. DST is now raising money to contribute towards a much-needed renovation of the theatre's foyer and box-office, and for the first time a range of ice-creams and drinks is for sale during the intervals.

Other venues available for student productions include the Gala Theatre, the Great Hall and Norman Chapel in the Castle as well as a choice of college halls and gardens which are put to great use in the summer term, especially for the traditional Castle Summer Shakespeare which tours the South of England to great acclaim each summer.

Here are just a few of the productions that students have put on this academic year: 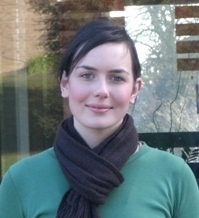 The Van Mildert Prison Project (VMPP) was established in 2005 through the work of Van Mildert College's Chaplain, a student volunteer and a contact through the College Senior Common Room. The project, which has been running for 3 years, consists of 16 Mildert volunteers, who visit a young offenders' secure training centre on a weekly basis to mentor and support young people aged 12 to 17. Funding for transport costs has been raised by Mildert students working with the SCR and the JCR. Full training and support for volunteers is provided by the secure training centre.

The prison project volunteers offer the young people they visit a new face to break up the daily routine, a listening ear, someone to play games with and someone who can offer a reliable presence week in week out through the term.

Francis McDonald, the VMPP student director comments, ‘I think the young people appreciate that when we enter the prison we do not know any of the offences that have been committed. It is a refreshing change from counsellors and social workers whose role is to talk to the young people about their experiences, feelings and motivation for offending.'

The Van Mildert Prison Project provides consistency and aims to offer some educational and social development. Priority is given to the young people who do not get regular visits from home; having a mentor visit them on a regular basis gives a dependable point of contact for them whilst they are serving their sentence in what can be a strange environment. The most important thing the prison project offers the young people is the knowledge that there are some people willing to give up a little of their time to visit them.

Every volunteer who has visited a young person in prison has enjoyed their visit and got on well with the young people. This innovative project benefits all those involved, mentees and mentors. Mentors gain a real insight into the criminal justice system.