Voice for the People

Dianne Hayter is a former Chief Executive of the European Parliamentary Labour Party and former General Secretary of the Fabian Society. Since 1998 she has served as a member of the Labour Party National Executive Committee and is the author of Fightback-Labour's traditional right in the 1970s and 1980s published in 2005. Dianne now works as a consumer activist. 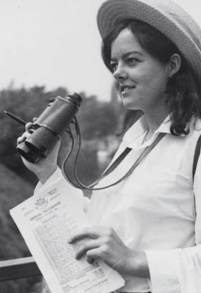 Q1. What is your fondest memory of your time as a student at Durham?

Combination of rowing on the river, and for the first time, being intellectually stimulated.

Q2. As a Trevs student during your time at Durham, were you involved in any college or university activities that benefited your long-term career aspirations?

It was very important to me that Trevs was an all-women's college (the college became fully mixed in 1992). It meant I wasn't just a theoretical feminist, but that we got on and organised everything ourselves. I was on the JCR, helped with the formal opening of the college in 1968, chaired the Boat Club and helped set up the bar. (The latter was a bit embarrassing when I was Director of Alcohol Concern, yet apparently it strengthened my application as the role required someone to combat the misuse of alcohol, but not be anti-alcohol!) Mostly these activities were all about having grown-up responsibilities for the first time and developing organisational and leadership skills.

Q3. What other experiences led you to opt for a career in politics?

Great belief in the need for change in society, and the responsibility of all of us to do something about it. I'd originally thought about social work, but at Durham decided that was about fitting people into society, rather than changing society to fit people. I felt very privileged to have had a university education and wanted to give something back. Hence, my activity in trade unions and later, with the Labour Party, was to try and make a difference to people's lives. This also affected my other jobs, such as setting up Alcohol Concern, representing vulnerable consumers, and running a cancer charity to improve the quality of treatment.

Q4. How did you manage what must have been a male-dominated workplace when you began your career?

I think Durham had helped, but I also had one of the most female-friendly employers (Giles, now Lord, Radice) whose feminist wife ensured he embraced equality long before most others. Indeed, it was he who introduced me to Simone de Beauvoir's The Second Sex. Incidentally, the workplace remains almost as male dominated now. I sit on two boards where I am the only woman! But my female friends and I are very supportive of each other, if we hear that one of us has received a Damehood or done well, we always send congratulatory messages and celebrate each others' success.

Q5. Can you explain what the Fabian Society does? Can being a member this society be likened to the experience of being in a University College society?

The Fabian Society (set up in 1884) helped establish the Labour Party. It is affiliated to the party but acts as an independent "think tank" and political education group for the party - it can say what it likes, even if that's not party policy. It has lots of conferences and meetings, publishes articles, blogs and pamphlets - and is great for networking amongst like-minded people. A good few friends of mine met their spouses through it - much like many a student society!

Q6. What, in more recent times, has inspired you to become so heavily involved in consumer activism?

I'm interested in vulnerable consumers; some may lack literacy skills or confidence, those who don't get a good deal from service providers - be they transport operators, the financial services, local government, lawyers or estate agents. We work to drive up standards for these groups, build services around consumer needs, ensure there are good complaints processes and that every service provider treats their customers fairly. All of us can be vulnerable at one time or another through ill health or stressful personal circumstances such as buying a house or getting a divorce. 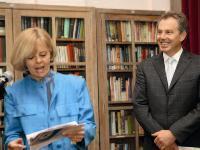 Q7. You recently had breakfast with Morgan Tsvangirai Prime Minister of Zimbabwe?

I felt humbled meeting Morgan - he'd only just lost his much loved wife in a car crash, and a young grandchild in a drowning accident. Yet he was still pursuing a better future for his country with every strength he had. He understands that it is not a God-given right for the world to be right, but something to fight for. It was a reminder to me, of the hope and endurance of such politicians but also of the optimism he must share with colleagues to keep on with the struggle. Amidst all the problems, he remains true to his desire to bring more women into the political process, working to ensure their proper representation in the next round of elections. Without women, he believes, the country will not move forward steadily and properly.

Q8. What advice would you give to a Durham student interested in a political career?

Learn about representing the views of others, listening and responding, not just imposing your own solutions to their problems. A political role is about articulating people's needs, and formulating and lobbying for the solutions - so policy development, writing skills and public speaking are important, but they are simply a means to an end - i.e. getting things done - rather than an end in themselves.

Q9. Do you plan to write another book?

No! Fightback was a book that needed to be written at the time, while the people involved were still alive, but no, I think I've enough to keep me busy.