Dummy (pacifier) use reduces the risk of SIDS – But how?

Sudden Infant Death Syndrome (SIDS) is the main cause of death in infancy.  Recent studies have suggested an association between dummy use and reduced SIDS risk, however it is unclear whether this relationship is causative.  In attempt to explain why dummies purportedly offer protection against SIDS, the present study tests four hypotheses relating to parent-infant proximity, infant sleep position, infant arousal, and parental vigilance.  Sleep logs (n=260), and video footage of dummy using and non-dummy using infants (n=18) were studied for differences in sleep behaviour.  The results document a significant association (p=0.03), indicating that among babies who sleep in cots; dummy users are more likely to be in the same room as their parents, than non-dummy users.  These findings are consistent with hypotheses that dummies reduce the risk of SIDS.  This suggests that the relationship between dummies and SIDS may not be a causal one; the dummy may simply act as a means of keeping the baby in closer proximity to the parent, rather than being directly protective against SIDS. The other hypotheses tested did not reveal significant results. 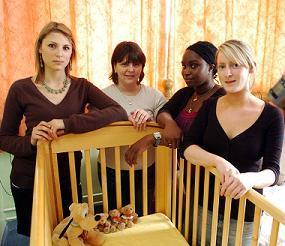