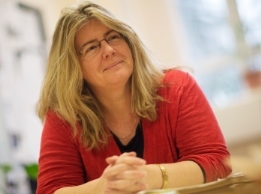 Helen Ball is Professor of Anthropology and Director of the University's Parent-Infant Sleep Lab . She pioneers the study of infant sleep and the parent-infant sleep relationship from a biosocial perspective. She obtained her PhD in Anthropology from the University of Massachusetts, Amherst in 1992. Broadly defined, her research examines sleep ecology, particularly of infants, young children and their parents. This encompasses attitudes and practices regarding infant sleep, behavioural and physiological monitoring of infants and their parents during sleep, infant sleep development, and the discordance between cultural sleep preferences and biological sleep needs. She has conducted research in hospitals and the community, and contributes to national and international policy and practice guidelines on infant care. She pioneers the translation of academic research on infant sleep into evidence for use by parents and healthcare staff via ISIS -- the Infant Sleep Information Source website (www.isisonline.org.uk). In 2013 Prof Ball received an award for Outstanding Impact in Society from the Economic and Social Research Council for her work on parent-infant sleep. Their Royal Highnesses The Prince of Wales and Duchess of Cornwall have presented the UK’s highest academic honour to Durham University for research that has helped to shape the way babies sleep and how parents care for them at night time.

At the awards ceremony at Buckingham Palace, similar to an investiture, the Royal couple awarded The Queen’s Anniversary Prize for Higher and Further Education to the University’s Vice-Chancellor, Professor Stuart Corbridge, and Professor Helen Ball, Director of the Parent-Infant Sleep Lab, with the University’s Chancellor, Sir Thomas Allen, in attendance.

The prize has been awarded to Durham University for ‘leading influential research on parent-infant sleep with a widely-used public information service’. The awards, part of the national honours system in the UK, are approved by The Queen on the advice of the Prime Minister from recommendations made by the Royal Anniversary Trust’s Awards Council.

The University’s Vice-Chancellor, Professor Stuart Corbridge, commented: “We are hugely honoured to receive this prestigious award, which recognises the immensely valuable and wide-reaching impact of the research carried out by the team in the Parent-Infant Sleep Lab. At Durham, we aim to deliver research that is world-leading and world-changing and the work of the Parent-Infant Sleep Lab is a perfect example of this commitment.”

No profile information found for this person. 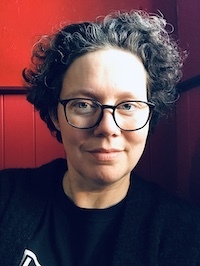 Charlotte's research interests focus on the practical and theoretical application of evolutionary medicine to issues relating to childbirth and childhood, with special focus on the consequences of parent-infant separation. She also works on the translation of research evidence for public consumption, its role in influencing public behaviour, and in effecting change in policy and practice.

Charlotte received her PhD in Anthropology from the University of Durham in 2007, following a BA in Human Sciences in 2001. Her doctoral thesis focused on a craniometric analysis of British and Danish archaeological populations, while her undergraduate dissertation addressed issues relating to the use and knowledge of traditional (folk) and complementary medicines in a North Yorkshire village.

Charlotte currently holds a full-time research position in the Department of Anthropology, managing DISC; supervising student projects and lab staff; and pursuing her own research which complements the Centre's core themes of investigation. 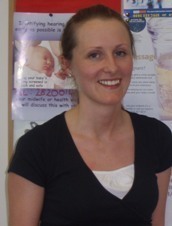 Research Associate in the Department of Anthropology

Fellow of the Wolfson Research Institute for Health and Wellbeing

In 2007 Catherine graduated from Durham University with a BSc in Medical Anthropology (Health and Human Sciences). Catherine was awarded an ESRC/MRC 1+3 postgraduate studentship and continued to study at Durham completing an MA in Research Methods in Anthropology in 2008 and a PhD in Medical Anthropology in 2014. During her postgraduate study she was supervised by Prof. Helen Ball and became a member of the Parent-Infant Sleep Lab (www.dur.ac.uk/sleep.lab/). Catherine’s PhD research was a qualitative follow-up of a large randomised trial known as the North-East Cot Trial (NECOT) which investigated the impact of cot type (stand-alone v’s side-car crib) on breastfeeding outcomes among mother-infant dyads in North-East England.

Since completing her PhD, Catherine has continued to work with the Parent-Infant Sleep Lab team on projects including the Risk and Reality Project exploring the effects of infant safe sleep education on parental bedsharing behavior, infant nighttime care and understanding of Sudden Infant Death Syndrome (SIDS) risk factors. She was the project manager for the Let’s talk About Sleep! Project (Fife, Scotland), a collaborative project between Durham University Parent-Infant Sleep Lab, University of Bristol School of Social and Community Medicine, The Scottish Government, Scottish Cot Death Trust and NHS Fife.

Catherine now manages the ESRC IAA-funded Coping with Infant Sleep project which is a collaboration between the Durham University Sleep Lab, Possums Clinic in Brisbane Australia, and the Great North Children's Hospital, Newcastle-upon-Tyne. 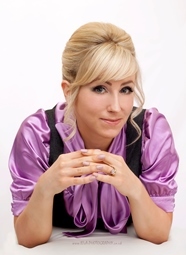 PhD Student in the Department of Anthropology

A mother and former nursery nurse, Allison has two first-class degrees in Early Childhood Studies and Law. She obtained a Masters in Research Methods with Distinction at Durham, and is now in her second year of a collaborative ESRC-funded PhD studentship supported by UNICEF Baby-friendly Initiative and supervised by Prof. Helen Ball and Dr Charlotte Russell. Allison is the principle investigator for the Swaddle Sleep Study, a lab-based investigation into the effects of swaddling on infant sleep, feeding and behaviour. She has devised an innovative technique for assessing swaddle tightness, and is working with an electrical engineer to produce a calibrated pressure sensor.

Allison has written for numerous publications including Practical Preschool, Early Years Educator and Nursery Education. She is the author of Breast Intentions (Pinter and Martin Press 2014) a monograph drawing on academic research in anthropology, psychology, biology, and philosophy to shed light on the hidden emotions of early motherhood. In the 2015/16 academic year Allison taught the course "Health Illness and Society" at Durham University, instructing undergraduate students on approaches and methods of medical anthropology. 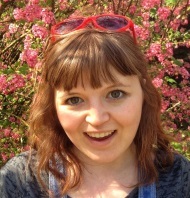 Alice obtained her undergraduate degree in Anthropology from the University of Kent in 2014. She joined the sleep lab team in 2015 studying a master’s by research under the supervision of Professor Helen Ball. Alice conducted her research in the parent-infant sleep lab looking at the efficacy of providing an infant safer sleep box compared to a standalone cot in the same room on reducing the occurrence of modifiable risk factors associated with SIDS whilst bed-sharing.

Currently Alice is completing a PhD funded by Economic and Social Research Council (ESRC) in collaboration with Newcastle Birthing Centre. Her research is looking at the influence of sleep location on the ease of caregiving in the immediate postnatal period and breastfeeding outcomes. 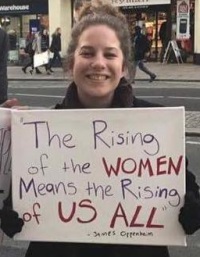 Michele completed her undergraduate degree in Cultural Anthropology from Mount Holyoke College, in Massachusetts, in 2014. She then received a Master of Science in Evolutionary Medicine from Durham University in 2017. Michele’s Masters research, supervised by Professor Gillian Bentley, focused on ovarian steroid hormones in reproductive-aged women in relation to partnership and parity.

Michele is currently completing a PhD in Biological Anthropology, under the supervision of Professors Helen Ball and Gillian Bentley, and in collaboration with the Newcastle Birthing Centre. Her research is investigating the influence of synthetic oxytocin administration in the third stage of labour on breastfeeding outcomes, as well as assessing the feasibility of applying randomised clinical research methods toward studying this issue. 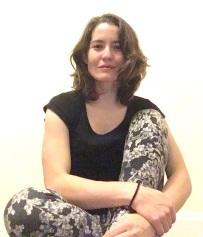 Andrea completed her B.A. in Physical Anthropology at the National School of Anthropology and History, Mexico City. Her thesis was awarded Honorific Mention in the Mexican national contest "Premios INAH 2013", which prizes the best Bachelor's thesis on Physical Anthropology. During 2014, she joined the Chronobiology and Sleep Laboratory of the Mexican National Institute of Psychiatry “Ramón de la Fuente Muñiz”-INP where she did an Internship. She has assisted in studies upon sleep and dream content in depressed people, as well as on the effect of the endemic plant Calea Zacatechichi (which is a herbal remedy known for its oneirogen properties) in sleep architecture. In 2017, she obtained her MSc in Evolutionary Medicine at the University of Durham, UK, being funded by the Mexican National Council of Science and Technology-CONACYT.

Andrea has been involved in several researches and academic works that link the health-disease-care processes to their socio-cultural contexts. Her research interests are wide and include health disparities & birth outcomes, socio-cultural representations on the human face, emotional dream content, and human sleep ecology. She is particularly interested in developing interdisciplinary engagements that allow her, by combining critical, evolutionary and cultural theory with a robust grasp of human biology, a better understanding of the processes underlying health and disease.

Currently, Andrea has rejoined the Anthropology Department at the University of Durham to complete her PhD. Her project, entitled “Shifting chronotypes, sleep patterns and sleep quality among adolescents living in urban and traditional environments”, will address the shift in the sleep-wake cycle of adolescents and the environmental influences on the sleep quality and duration of adolescents from three Mexican societies. Andrea has been awarded with a CONACYT scholarship to develop her PhD studies. 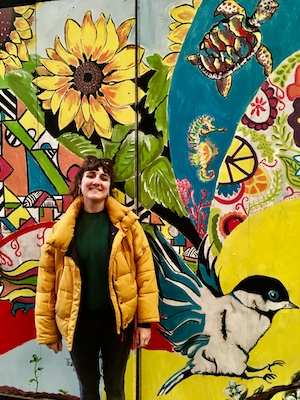 Francesca obtained her undergraduate degree from Durham University, graduating with a BA in Anthropology in 2019. She joined the sleep-lab team as a Master's by Research student in October, under the supervision of Helen Ball. She is currently conducting research into new-mum sleep, looking at variations in sleep patterns and perceptions, sleep behaviour, and daytime functioning across feeding types and between mothers and non-mothers. 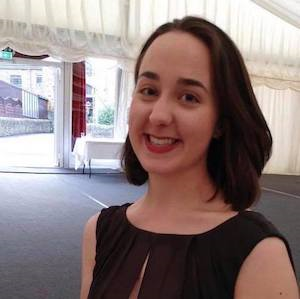 Sophie is in the fourth year of an integrated Masters in Medical Anthropology at Durham University. She joined the sleep lab team in 2019, volunteering to supervise overnight studies, and working as an intern at the lab, in the summer.

Currently, Sophie is conducting research for her Master’s dissertation under the supervision of Professor Helen Ball. She is looking into early evening care in infancy, comparing data about infant sleep from parental sleep diaries and actiwatches. 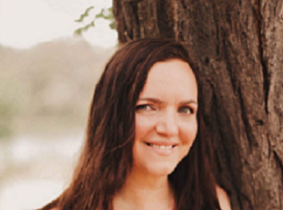 Lenka has obtained her Master Degree in general anthropology with a focus on ethology and sociocultural anthropology at the Charles University in Prague, Czech Republic. She joined the Durham Infancy and Sleep Centre in 2020 as a researcher under the supervision of Helen Ball and Charlotte Russell. She is also member of the Czech Association for Social Anthropology (CASA).

Lenka is currently researching sleep differences and co-sleeping in toddlerhood. She is interested in: co-sleeping, cross-cultural parental approaches, long term breastfeeding, natural birth practices and bonding, baby wearing and the medicalization of sleeplessness.

Lenka is the founder of ProsimSpinkej.cz , a czech baby-sleep project, within which she supports parents in gentle parenting and organises workshops and seminars for professionals about normal infant sleep. Lenka Medvecová Tinková is commonly perceived as a sleep expert in the Czech Republic and has appeared in national television both in the Czech Republic and Slovakia. She provides expert commentary about baby and child sleep on radio stations, press, parenting websites and television. She is also the author of two books published in the Czech Republic and Slovakia - S láskou o dětském spánku (With Love About Children´s Sleep), and Pohádkopsaní pro klidné spaní (Fairy Tales for Calm Sleep).