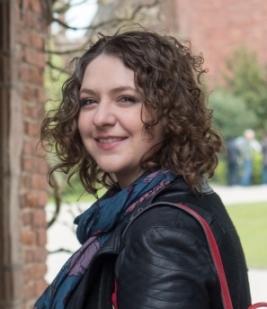 Anna is a Teaching Fellow in Land Law at Durham University. She obtained an LLB (First Class Honours) from Durham, and was granted a Durham Law School PGR Scholarship to study for her PhD. Prior to her Teaching Fellowship, Anna was a part-time tutor at Durham Law School. She has tutored in a range of subject areas. This year she will be teaching on the Land Law, Family Law, Commercial Law, and the Individual and the State modules.

Anna has also been actively engaged in the Law School's widening participation work since 2013, and in this capacity has designed and delivered a range of different sessions designed to introduce students to studying Law at Durham. She is currently the lead academic on the Law stream of both the Sutton Trust and Supported Progression programmes, where she is responsible for the design and delivery of two summer schools.

Anna’s PhD thesis - entitled 'Veiled Narratives: Constructions of Religious Symbols in Legal Discourse, and their Regulation across Europe' - interrogates the discursive constructions of religious symbols that are utilised and deployed in legal discourse. The project explores and assesses the impact of these constructions on the regulation of these symbols at both domestic and international levels, offering a critical analysis of existing cases, decisions and regulatory measures associated with the regulation of religious symbols, with a particular focus on the case law of the European Court of Human Rights. Anna's PhD project aims to investigate and render problematic different discursive constructions of religious symbols, exposing the power relations inherent in their usage. In particular, she focuses on the role of the judge, viewing judgments as important spaces of knowledge production, where dominant discursive constructions can be consolidated, but also where robust critique and resistance can flourish. Using an eclectic approach that examines constructions of different religious symbols across multiple jurisdictions, this project aims to shed new light on this area of law, and offer new solutions. Anna has presented her research at local, national and international conferences. Her supervisors are Mr. Tufyal Choudhury and Professor Ian Leigh.

Gender and Law at Durham (GLAD)

The Individual and The State