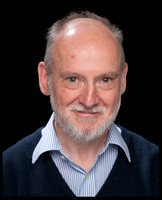 Chris completed a book "Landscapes of Neolithic Brittany" published by Oxford University Press in February 2011. This developed further his arguments about the links between landscape and monumentality, and was the fruit of 15 years research on the Breton Neolithic. His latest monograph publication (January 2020) is the edited volume "Megalithic Tombs in Western Iberia" which reports on the excavations and envrionmental work at the Anta da Lajinha, and places them in their broader geographical and cultural context of Atlantic Iberian prehistory. Other recent publications include studies of istopes and human mobility in Neolithic Britain, aDNA of megalithic burial populations in western Europe, megalithic chronologies in western Iberia, and artefacts from the Chalcolithic mega-site of Valencina de la Concepcion in southern Spain.

From 2012-2014 Chris was PI and co-director of project focusing on patterns of burial evidence in Britain and the Levant from the Neolithic to the Roman period. Funded by the John Templeton Foundation this project is collaborative with Durham colleagues Graham Philip and Charlotte Roberts (Archaeology) and Douglas Davies (Theology). The aim is to explore the patchiness of burial evidence from prehistory and to challenge the expectation that burial was a 'normative' practice in early societies. The proceedings of the conference held in 2014 "Engaging with the Dead" (eds. Bradbury & Scarre, Oxbow 2017) were published in 2017, and research on the project is resuming in 2021.

Chris was founder-convenor of the European Megalithic Studies Group which has held four meetings since 2004, including in Rennes (May 2012). He was appointed a member of the NERC Radiocarbon Facility Steering Committee from 2011 to 2015. He also served on the National Geographic Committee for Research and Exploration from 2011 to 2018. In December 2017 he received a Distinguished Service Award from the Shanghai Archaeology Forum for his editorship of Antiquity, and in April 2018 an Honorary Doctorate from the University of Rennes 1. He delivered a keynote address at the Shanghai Archaeology Forum in December 2019.