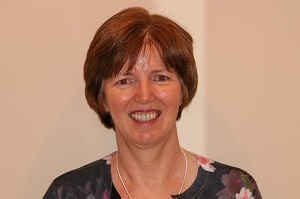 Christine has extensive experience in the development of assessments (for example reading, mathematics, vocabulary) for children aged between 3 and 11 years. She has published research about the development of children in the early years and the prediction of their later attainment. Her other research interests include the academic attainment and progress of severely inattentive, hyperactive and impulsive young children and ways to help them succeed in the classroom.

Collaborated with Peter Tymms on the iPIPS project, which is an international comparative study of children at the start of school and their progress during the first year of school. The iPIPS project has had significant and extensive impact on pedagogical understanding, policy and practice in the UK, Brazil, South Africa, Russia and Lesotho. Policy influence has been seen in Kazan, Russia. Changes to pedagogic practice have been recorded in Brazil, South Africa, and Lesotho whilst the influence of iPIPS has been noted at the highest level by the OECD. As of 2019, 32,228 students have been assessed using iPIPS across 420 schools in 4 countries.

Research into the attainment and progress of severely inattentive, hyperactive and impulsive children, and interventions to help them succeed in the classroom. Co-I on a large-scale intervention study involving 2040 schools in England, which evaluated different school-based interventions. One of the interventions, an advice booklet to teachers which contained research-based teaching and classroom-management strategies, was found to have a long-term positive impact (up to GCSE) on children's attainment. The results from this study significantly shaped the recommendations in National Clinical Practice Guideline Number 72 commissioned by the National Institute for Health & Clinical Excellence (NICE) and published in 2008.