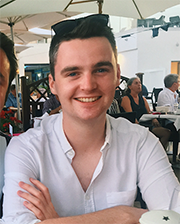 My doctoral thesis, titled ‘The Films of Xavier Dolan: Queering Motherhood and the Nation’, traces the aesthetic and ideological origins of the contemporary mère québécoise as visualised through the actor-director’s filmic 'body’. With scholarly interest in Dolan growing, particularly following the release of his first feature film, J’ai tué ma mère (2009), there remains a need to process the primordiality of maternity as a running thread not only in his work, but throughout Québec’s (filmic) history in relation to understanding the queering of and from self, (m)other, and one’s national identity. With this emphasis on stylistic provenance in mind, this project moves chronologically through some of the most seminal examples of post-Révolution tranquille cinema and feminist thought, beginning with the works of Anne Claire Poirier, before spanning the influences of Francis Mankiewicz, Guy Coté, Gus Van Sant, and Rodrigue Jean, in order to understand how conceptions of motherhood in the Dolanian sense have been reconfigured - indeed, born - following the Quiet Revolution of the mid-20th century. I engage with haptic and tactile theory (particularly that of Jennifer Barker, Laura Marks, and Vivian Sobchack), feminist and psychoanalytic thought (including Bracha Ettinger, Julia Kristeva, and Adrienne Rich), and experiential narratives of pregnancy and embryonic imaging in the medical humanities (currently Lara Freidenfelds and Lisa Mitchell) in order to offer fresh readings of Québécois maternity as an inherently queer institution, simultaneously abstracted from and fundamental to future state formation.

Besides my PhD, I am currently serving as Postgraduate Research Representative on the executive committee of the British Association of Film, Television, and Screen Studies (BAFTSS), having been elected to the role in November 2020. I am chairing two panels at this year’s conference, focussing on the themes of nostalgia and widening participation in the field of film and screen studies. I am also one of two PhD candidates working as Postgraduate Representatives (Year 1) in MLAC this academic year, having previously worked as a College Mentor at Josephine Butler College, Durham. I hold an MA in Visual Culture (with Distinction) and a BA (Hons) in Modern Languages (First Class Honours), both from Durham University.