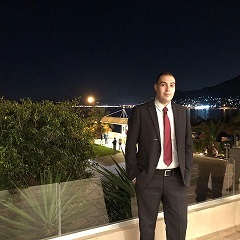 After having completed my undergraduate studies in History and Archaeology in the Kapodistrian University of Athens and my MPhil studies in Classics in the University of Cambridge, I decided to embark on a closer study of the Ancient Greek world by pursuing a PhD in Classics and Ancient History at the University of Durham. My interests focus mainly on political aspects of ancient Greek history. For my PhD research, I am exploring the phenomenon of ‘Treachery’ in Ancient Greek History under the supervision of Prof. Polly Low and Dr Kathryn Stevens.

Doctoral Research Project: The Ambiguous Nature of Treachery and the Evolution of the Notion and its Content in Archaic, Classical and Hellenistic Greece

Betraying friends and country was both ubiquitous and serious punishable offences in the Ancient Greek, as in the modern world. The intertemporal question of treachery features two aspects of importance. On the one hand, treason is key to our understanding of historical events and relations between individuals and communities. Additionally, treachery is an even more complicated phenomenon because it is closely bound up with issues of moral trends, patriotism and identity - not only for the identity of the traitor but also for the character of the collective entity betrayed.

In my research, I will investigate juxtaposed cases of treacherous behaviours that were treated as such or that, despite their nature, were not dealt with in that way, in order to see why is not easy at all to explain why some individuals get treated as traitors, while others are not. What is at issue in this PhD project is where the line of treachery is drawn, and how individuals and communities differ, particularly over time, as to what does and does not count as treachery. I ask how and why what constitutes treachery is established in different cases and whether there are historical trends in the evolution of this discursively constructed term. Through these ambiguous cases, my project will also shed light on issues of identity, political faith, patriotism and use of the narrative of treachery to achieve certain political results.

At the current stage of my research, I am focussing on the ambiguous accusation of ‘Medism’ against Thebes, Thessaly and Argos during the Persian Wars, and how the phenomenon illustrates Greek identity as well as affecting inter-state relations and forming narratives for future political exploitation.