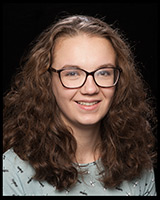 I am currently a NERC IAPETUS CASE funded student and started my research project in 2017. My project is partnered with the British Geological Survey where I have two additional supervisors Professor Jane Evans and Dr Matthew Horstwood. I completed my BSc in Archaeology at Durham University (2012-15) before continuing at Durham for my MSc in Archaeological Science (2015-16). Additionally, I currently organise the archaeological science discussion group.

Increasing the temporal resolution of animal movements - a comparative study of LA and microdrilling for Sr-isotope profiling of herbivore teeth.

The analysis of the ratio of 87Sr/86Sr from archaeological human and animal remains can create direct evidence of mobility in the past. Strontium is not essential to any of the body’s biochemical or physiological functions but can substitute for calcium in the lattice matrix of bioapatite in bones and teeth. The Sr ratios expressed in tooth enamel relate to the Sr ratios of the underlying geology of where an individual sourced their food.

The first part of this project will build on a pilot study by my supervisors comparing two methods of Strontium analysis in cattle molars: micro-drilling with TIMS (thermal ionisation mass spectrometry) with LA-MC-ICP-MS (laser ablation multicollector inductively coupled plasma mass spectrometry). In order to develop and compare the application and inter-laboratory comparison of higher resolution Sr-isotope sampling to establish the limits of each type of data, what type of chronological timeline can be recovered from the hypsodont molars of herbivores, and where sampling of enamel should be targeted spatially to maximise resolution.

The second part of the project will apply the best method to archaeological questions surrounding Neolithic Causewayed Enclosures. Causewayed enclosures are a feature of Early and Middle Neolithic Britain and mainland Europe, dating, in Britain, from between 4000 and 3300BC. These predominantly oval structures, are part of the significant change in monumentality and material culture between the last hunter-gatherers of the Mesolithic and the first farming communities of the Neolithic. They earliest evidence of enclosing open spaces in northern Europe. A large number of animal remains, particularly cattle, have been recovered from the ditches of causewayed enclosures; there are key unanswered questions about their husbandry, role and purpose to Neolithic people, which may further shine a light on the enclosures’ status. By examining cattle teeth recovered from three causewayed enclosures in Southern Britain and from sites in mainland Europe I hope to answer the following questions:

2018: Rogers, B. Laser Ablation MC-ICP-MS vs TIMS for the analysis of strontium isotopes in herbivore teeth - IAPETUS Student Conference (Belfast) May 2018