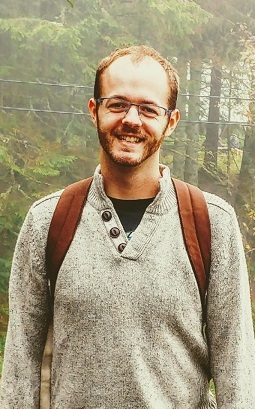 PhD Student in the School of Modern Languages and Cultures

I am a final-year AHRC-funded PhD researcher in Spanish Film Studies whose primary research interests lie in the interrelationship between Humour Theory and contemporary Spanish culture (literature and film). My doctorate, completed in September 2021, examines zones of traversal between comedy and 'Spanishness' through the prisms of evolving gender-roles, masculinities, national identities,conceptions of family, and shifting concepts of patriotic (anti)heroism.

After achieving First-Class Honours with Distinction and the Orla Merino Prize in English Literature and Spanish at Oxford University, I ventured north to accept Masters and AHRC Northern Bridge scholarships at Durham University, funding research into national humours.

My doctoral thesis, titled Humour and National Identity in Contemporary Spanish Cinema, 1970-2020, focuses on black, grim humour in contemporary Spanish cinema since 1970, a half-century of ubiquity, evolution, contradiction, and political impact. More specifically, it traces the development of Spanish film comedy from the decline and death of Franco (1975) after almost 40 years at the helm, to the fragile liberal compromise (Transition), right up to present-day pushes for independence and a far-right backlash. Five chapters cover five decades, interrogating to what degree this funniness is characteristically Spanish - or "Spanish":

I scrutinise 1) the usefulness of laughter when coming to terms - quite literally - with (national) trauma, 2) the presentation of comic bodies of excess, both living and dead, after a bloody Civil War that left graves unmarked and bodies unidentified, and 3) how the filmic staging of frequently hostile, unnerving stand-up comedy implicates the spectator in shared complicity, probing at their need for a mirthful escape. All of this feeds into a concern with how comedy constructs and/or dismantles national identity/ies.

My Masters thesis, Humor in the Postwar Spanish Social Realist Novel (2017), locates an undercurrent of bleak, dark humour in novels frequently pigeonholed as dispassionate, solemn, and sombre. I interrogated how comedy affects the representation of social conditions (and the reception of such representations), coining new ways of understanding bathetic, grim comedy: grey humour, a sluggish amusement originating fundamentally, and paradoxically, in boredom; and comic-kazi, a backfiring, debilitating, anti-comic funniness, based on privation.