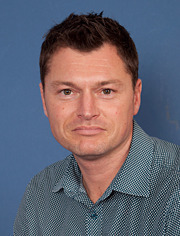 Focusing on the payday loan market in the UK, Paul was Co-Investogator on a recently completed ESRC project (led by James Ash, Newcastle, with Ben Anderson, Durham Geography, see http://www.debtinterfaces.org.uk/) that explored how credit-debt relations are mediated through digital platforms and apps. Publicatons include a methodological piece on researching digital interfaces (‘Unit, Vibration, Tone’, Cultural Geographies, 2017), an account of the experimental work of interface designers ('Digital interface design and power', Environment and Planning D: Society and Space, 2018), and a paper interrogating how borrowers relate to payday loans as money, not as credit, debt and finance ('Indebted life and money culture', Economy and Society, 2019).

Paul’s work on digital finance relates to his wider interests in the marketing and consumption of retail financial products and services (e.g. edited special issue, 'Consuming Credit', Consumption, Markets and Culture, 2014). It is also being pursued through on-going research with Andrew Leyshon (University of Nottingham) into crowdfunding (Economic Geography, 2016, and Environment & Planning A, 2017), FinTech (New Political Economy, 2020), and Platform Capitalism (Finance and Society, 2017).

As part of REINVENT - a Horizon 2020 project with European partners and Harriet Bulkeley and Gavin Bridge from Durham Geography - Paul investigated how new forms of carbon finance are contributing towards the decarbonization of European industrial sectors including plastics, steel, and paper. The first publication from this work is now available ('Pluralizing and problematizing carbon finance', Progress in Human Geography, 2019), and related work is included in aforthcoming chapter in the Routledge Handbook of Financial Geography on 'Impact investors'.

Cutting across his research, Paul also seeks to contribute to debates underway in economic geography and beyond by developing a broad-based cultural economy approach. This includes interests in the strengths and limitations of processual concepts common to cultural economy (e.g. marketization, valuation, capitalization, assetization), the ways in which economics can be understood to have performative and governmental power, how affective energies are mobilized in economic practices, and how the making of entrepreneurial and financial subjectivities features in contemporary neoliberal government.

Paul welcomes doctoral research students interested in working on topics that fall broadly within the remit of his research interests. He has previously supervised students who have written theses on a wide range of topics, including: occupational pensions in the UK; sub-prime mortgage markets in the US and UK; ‘small states’ and ‘hot money’ in the global economy; financial stability and central banking; the rise of the US dollar as 'world money'; fiscal austerity and everyday life; private wealth management; and urban air rights markets. He is presently supervising student projects on distributed ledger technology and cross-border payments.