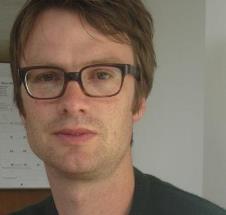 The key theoretical and empirical focus of my research has been to better understand the practices and social relations through which expert knowledge is produced and circulated. Rather than understand such knowledge as abstract propositional claims, my research demonstrates how expertise is grounded in a range of practices that are indisollubly social and material. Through a series of projects I have examined how different kinds of expertise are linked to social and material interventions that can have a range of more or less intended consequences.

My most recent research explores how the historic environment is produced through the intersecting practices of a range of professionals, including conservation experts, craft practitioners, architects, conservation scientists and planners. These issues are examined through ongoing ethnographic research based at Historic Scotland (British Academy funded). I am exploring similar issues through a project on the effects of conservation science on understandings of historic value and significance of historic monuments (AHRC funded),and through a project on the tensions between heritage conservation and energy conservation in the built environment (EPSRC and AHRC funded). Collectively these projects help to illuminate the complex social dynamics through which heritage practice constructs the historic environment, and with what broader social consequences.

A second strand of my research examines ‘development’ as an idea that sustains multiple and conflicting practices (Differentiating Development: Beyond an Anthropology of Critique, Berghahn). Research on the Volta Resettlement Project, Ghana, (funded by a Leverhulme fellowship) focuses on the materialisation of ideas of ‘development’ and ‘modernity’ and how these ideas are embedded in the everyday lives of resettlers. Research on Ghanaian NGOs, looks at the social relations and practices through which they pursue various forms of ‘social action’ (Development Beyond Politics, Palgrave Macmillan). The theoretical significance of this work lies in its challenge to the political reductionism of prevailing development scholarship, and the ‘Afro-pessimism’ of wider social theory pertaining to the post-colonial state in Africa. More recently my work has increasingly focused on the problematic relationship between anthropology and development, arguing for the need for approaches that bridge this gap by being ‘useful’ but not narrowly ‘applied’.

A final strand of my research focuses on the construction of archaeological knowledge (Archaeology and Anthropology: understanding similarity, exploring difference, Oxbox).Ethnographic work on excavation constitutes a new perspective on the processes by which archaeological data is produced .