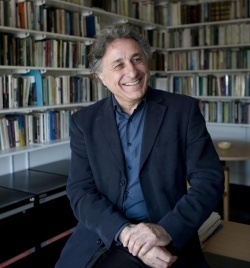 Member of the Centre for the History of Political Thought

Professor Piscatori has worked at several universities in Britain, Australia and the United States.  In Britain, he was Fellow of the Oxford Centre for Islamic Studies and Fellow of Wadham College, Oxford; and Professor of International Politics in the University of Aberystwyth.  In addition, he was Professor at the Australian National University and Associate Profesor in the School of Advanced International Studies of the Johns Hopkins University.  He has also been Senior Fellow at two research institutions -- the Royal Institute of International Affairs in London and the Council on Foreign Relations in New York.  He has served on several international collaborative committees such as the Committee for the Comparative Study of Muslim Societies of the Social Science Reseach Council, and was co-editor of a series on Muslim Politics for Princeton University Press.

Professor Piscatori's work has centred on two themes:  Islam and international relations; and Islamic political thought, particularly as it relates to democratisation in Middle Eastern societies.  Area focus has been principally, but not exclusively, on the Arab states of the Gulf.  Recently, he has been working on pan-Islamism and Islamic transnationalism, and specifically investigating the contemporary meaning of the ummah (community of the faith).