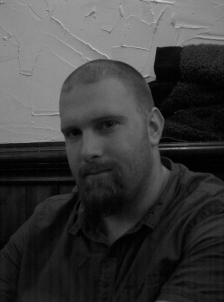 Mark Woolmer is Assistant Principal of Collingwood College and a Teaching Associate in Ancient History. His main research interest is the social and political history of the Levant in the first millennium BC. He is the author of Ancient Phoenicia: An Introduction (Bristol Classical Press 2011) and has written articles exploring various aspects of the religions and histories of ancient Canaan and Phoenicia. Recognised as one of the leading experts on Phoenician history in the UK, Mark recently appeared on BBC Radio Four’s flagship programme, In Our Time, to discuss the achievements of the Phoenician civilisation. He is currently working on two forthcoming volumes exploring the Phoenician civilization: A Short History of the Phoenicians (I.B. Taurus 2016), and A Companion to Ancient Phoenicia (Blackwell 2016). He is also is the early stages of a research project that seeks to explore information as a commodity in the ancient Near East. Taking as its focus the relationships between the cities of Canaan and the ‘Great Powers’ of Egypt, Assyria, and Babylon, the project examines the creation of hierarchical arrangements as a method for facilitating the exchange of information, comparing the value of this technique with other means of intelligence gathering. His most recent publication is the co-edited volume The Ancient Greek Economy: Markets, Households, and City-states published by Cambridge University Press. Mark has travelled widely throughout the Middle East, in particular Lebanon, and tries to the visit the region as often as possible.