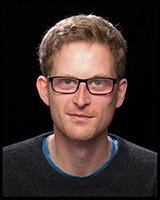 I direct the Durham Archaeology Informatics Laboratory, a research hub dedicated to Landscape Archaeology, GIS and remote sensing and computational approaches to the archaeological record. I am a member of the AHRC Peer Review College and sit on the steering committees of the British Association of Near Eastern Archaeologists and the journal Iraq. I am an affiliated scholar to the Endangered Archaeology in the Middle East and North Africa (EAMENA) project and the Computational Research in the Ancient Near East II (CRANE II) project. From 2017-2019 I was Deputy and Reviews Editor of the journal Antiquity