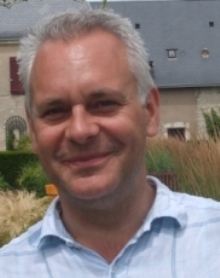 My research combines interests in medieval and early modern Spanish literature as well as painting, sculpture, and visual culture more broadly. This work has two interrelated strands. The first is gender-based and interrogates the sexualization of male/female subjects and the function of the body as a semiotic sign system. I am interested in particular in how the body projects identity and how such identities are inflected by a range of broader social and ideological considerations. The second major strand explores developments in signification occasioned by modifications to the body’s external appearance or challenges to the integrity of its borders, particularly when they are violated or transgressed and it becomes impossible to maintain clearly demarcated distinctions between the opposing dichotomies of internal/external, subject/object, or self/other. As a result, my work often deals with questions of abjection, revulsion, and the anatomy of disgust.

My approach to research is interdisciplinary and combines traditional skills in literary and art historical analysis with theoretical approaches informed by the work of critics such Bhabha, Butler, Freud, Kristeva, and Lacan. I am particularly interested in the development of theoretical approaches to questions of alterity. My work to date has engaged with a variety of texts, from the epic through to the traditional Castilian lyric, cancionero poetry, and Celestina. My major research interest, however, is hagiography and the cults of the saints, focusing particularly on the Iberian reception of Jacobus de Voragine’s Legenda aurea and the distinction between visual and verbal modes of representation. In addition to a series of articles, this work has so far produced books on St Agnes (2007), St Thaïs and St Pelagia (2007b), St Agatha and St Lucy (2010), and most recently, St Bartholomew (2020).

Drawing on a wide range of visual and literary sources produced in Spain from the Middle Ages through to the present day, the most recent of these books (Sacred Skin) questions the extent to which identity is expressed both in and under the skin, and why audiences in Spain developed a particular and longstanding fascination for a figure commonly depicted either without skin or with his skin in a state of partial removal. The project seeks in so doing to provide the first book-length account of the origin, dissemination, and significance of the cult of St Bartholomew in Spain, as well as to advance a detailed theoretical consideration of the signifying potential of the epidermis and its multiple functions in popular thought and tradition.

I am currently working on two interrelated book projects. The first, The Signifying Body, focuses on the cult of the martyrs in Spain, advancing a theoretical appraisal of the centrality of the body to constructions of identity. As part of this, I am working on the relationship between corporeality and selfhood in the legends of Vincent, Barbara, George, Eulalia, Blaise, and a series of related narratives. An area of particular interest concerns the significance and gendering of torture and its implications for an understanding of cultural attitudes towards questions of faith and indoctrination.

In the longer term, my aim is to follow up on this project with a book on the collectivization of identity, offering an extended theoretical analysis of paired martyr cults (notably brothers, sisters, and husband/wife relationships) as well as an insight into broader sociological considerations such as crowd behaviour and group dynamics. In so doing, the book aims to address issues central to the complex sociology of martyrdom, including questions of fanaticism, radicalization, and fundamentalism—topics immediately applicable to the world in which we live today.

I am able to supervise most topics dealing with Spanish art and literature to 1700 and would welcome enquiries from students who wish to pursue PhDs or MAs by Research. I am particularly interested in projects that dovetail with my research interests in hagiography, gender, theory, and the relationship between art and literature. Topics that I have supervised or am currently supervising include: ‘Cross-Cultural Artistic Mobility between Catalonia and North and Central Italy in the Fourteenth Century’, ‘The Performance Art of Medieval Pilgrimage at Montserrat’, ‘Identity in Isabelline Literature’, ‘The Individual’s Quest for Racial, Religious, and Gender Identity in the Romancero’, and ‘Military Martyrs in Medieval Castilian Literature’.

I have served as Associate Director of Durham University’s Institute of Medieval and Early Modern Studies (IMEMS) and as Associate Director of the Centre for Visual Arts and Cultures (CVAC). I am also a member of the Institute for Medical Humanities and the Zurbarán Centre. Within County Durham, my interest in Spanish art has led to a series of collaborations with The Bowes Museum and The Auckland Project, notably in the context of the Impact Case Study Spanish Art in County Durham, which explores ways in which Spanish art can be made more accessible to viewing publics. Further afield, I am a member of the Association of Hispanists of Great Britain and Ireland, the Sociedad de Estudios Medievales y Renacentistas, the Medieval Hispanic Research Seminar, the North American Catalan Society, the Ibero-Medieval Association of North America, and ARTES, the Iberian and Latin American Visual Culture Group.

I am currently leading a series of collaborative research projects. These include an eye-tracking study focusing on the ways in which audiences inspect examples of Spanish art, as well as an initiative dealing with the materiality of relics and the narratives of which they are part. I am also contributing to a study of female spirituality in Spain (La conformación de la autoridad espiritual femenina en Castilla) as well as a survey and analysis of Catalan hagiographic literature (La literatura hagiográfica catalana: fuentes, ediciones y estudios).

I am Medieval Editor for Tamesis Texts and Commissioning Editor for the Literary Encyclopedia. I sit on the Senior Editorial Boards of La Corónica, Papers of the Medieval Hispanic Research Seminar, and Palgrave Studies in Literature, Science and Medicine. In 2014, I was awarded the John K. Walsh Prize for the article: ‘Dreams of Death in Medieval Castilian Hagiography: Martyrdom and Ideology in the Gran flos sanctorum’.