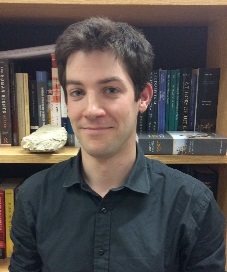 Benedict Douglas attempts to work out what it means to be human and what this means for how human rights laws should be understood and interpreted. When not reading or writing, this often looks suspiciously like he is gazing absentmindedly into space.

He began lecturing in 2013. Prior to this he completed a PhD at Durham, and unfortunately put the thesis synopsis into the title box on the form. Before this, as a result of excellent and patient teaching, he had gained a First Class Law Degree from the University of Hull, after which he spent a fascinating year at University College London obtaining an LLM in Human Rights Law.

His first academic article highlighted the absence of human dignity in UK human rights law, and explained the origin and effect of this oversight in the context of the initial hostility to the Human Rights Act. After Dr Tom Hannant pointed out there was more work to do, Benedict published a subsequent article analysing the moral basis of the UK Constitution and its relation to the widely accepted foundation of human rights in individual freedom. This article revealed that the Constitution’s conception of people as duty bearers explained the domestic political duty-based anti-Human Rights Act rhetoric, and some judicial interpretations of human rights.

Subsequently realising that the rational capacity to choose how to act was insufficient to describe how humans understand themselves and experience the world, he is currently writing on the role of love in human rights law and their judicial interpretation.

He co-supervises Mikael Lundmark who is writing a PhD on the land rights of the Sámi under the European Convention on Human Rights.