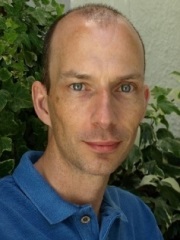 Professor in the School of Government and International Affairs
Telephone: +44 (0) 191 33 45683
Room number: EH210, Elvet Hill House
Member of the Centre for the History of Political Thought

John studied for his PhD at the University of Warwick (1992-96), working on legitimacy in international relations and the collapse of Yugoslavia, following which he became a Lecturer at the University of Aberdeen for five years before joining Durham in 2001. John was promoted to Senior Lecturer in 2006 and to Professor in 2010.

John's research in recent years has revolved around three, interconnected issues. First is the English school of international relations theory, where he has worked on both analysis of classic texts and also on the development of ethical dimensions of the School's approach. Second, is the wider area of international political theory, where he has concentrated on ethical dimensions of issues such as territory, space and political violence. This has also brought his research into contact with related debates in political geography. Thirdly is the area of the Just War tradition, where his work has looked at the challenges to standard accounts of the ethics of war presented by changing patterns and technologies of violence and the issue of democratic authority over warfare.

John has just completed a book-length study of diversity and ethics in English school theory, seeking to develop an alternative to the 'pluralist' position as it is usually presented. This is now published by Oxford University Press as 'Ethics, Diversity and World Politics: Saving Pluralism From Itself?' .

As well as a range of departmental level administrative roles (Acting Head, Deputy Head, Director of Research, Director of Undergraduate Studies, Director of Postgraduate Studies), John is currentlya member of the University's Ethics Advisory Committee, is Vice-Chair of Senate Academic Appeals Committee and was Vice-Chair of the University Senate Discipline Committee (2009-12), Deputy Head of Faculty (Research), (October 2011-July 2012) and a member of the Faculty REF Readiness panel (2012-13).

Beyond Durham, John is presently a member of the Economic and Social Research Council's peer review college and on the editorial board for the journal International Political Theory. In 2014 he was a member of the review panel for the QAA National Subject Benchmark Statement for Politics and International Studies, which publihed an updated benchmark statement in spring 2015. He was External Examiner for undergraduate degrees in politics and international studies at Warwick University 2011-2015, having previously served in that role at the LSE. He has been a member of the Executive Committee of the British International Studies Association (2005-07) and was Convenor of the BISA English School Working Group (2009-12). In the summer of 2010 he was a Visiting Scholar at the University of Queensland.