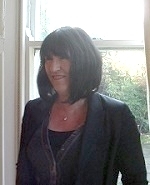 My research interest lies in the field of civil liberties and human rights. Within that field my main interests are in counter-terrorist law and policy, media freedom of expression (in particular contempt law, obscenity law and privacy law), public protest, and the influence of the European Convention on Human Rights under the Human Rights Act. The publications listed below, in particular my two single-authored books, concentrate on those areas. My current research focuses on counter-terrorist measures, media freedom of expression and judicial reasoning under the Human Rights Act.

I am interested in supervising research students (for PhDs or Mjurs) in the following areas:  The Human Rights Act, Bills of Rights, counter-terrorism law and policy, privacy and media freedom, hate speech laws, English contempt law or obscenity law.

Organisation and Promotion of Research

UN workJune 2014: gave 2 presentations and led a working group at the UN workshop in Tunisia for representatives from MENA nations (Saudia Arabia, Lebanon, Yemen, etc) on developing a framework for freedom of information in their countries