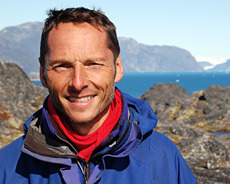 I am a Professor in Physical Geographer with research expertise in past and future sea-level change.

My current role is primarily a management one, but my career has involved a range of academic leadership positions. For example, I have been a European lead of PALSEA2, a PAGES IGBP, INQUA, WUN working group that focused on using past changes in sea level and information about the Earth's cryosphere to constrain future sea-level rise. I am Associate Editor of Journal of Quaternary Science (and was Editor in Chief (2010-2014)), and a former member of the NERC Peer Review College and, until 2019, Chair of the NERC Radiocarbon Facility Committee. I was co-leader of the International Geoscience Programme IGCP Project 495 "Quaternary Land-Ocean Interactions: driving mechanisms and coastal responses".

I have been Head of Durham's Department of Geography twice, served on the University's Council for 7 years, and since 2016 have been Durham University’s Deputy Vice-Chancellor and Provost. In the latter position, my primary role is to deputise for the Vice-Chancellor as required, and as Provost to support delivery of the University's academic strategy, with responsibility for academic recruitment, retention, progression, promotion and pay, strategic planning, and promoting equality, diversity and inclusion across the University.

Sea-level and glacial history of the polar ice sheets

I have a long-standing interest in the Late Quaternary history of the Greenland Ice Sheet, using relative sea-level data to constrain the timing and nature of ice load change over a range of time scales. In the last thousand years, salt marsh sediment sequences provide high precision measurements of land motions and provide a bridge between geological trends and measurements determined using GPS and other survey methods.

The past can provide useful insights into how sea level may change in the future. A current area of work is looking at previous interglacials, testing the evidence for sudden jumps that may record past episodes of ice sheet collapse. We have recently published a review of the evidence for sea-level variability in the last interglacial in northwest Europe (Long et al., 2015). As part of the PALSE2 consortium, I am also co-author of a review of polar ice sheet contributions to past sea level during previous warm periods, published in the journal Science (Dutton et al., 2015).

I have worked extensively on reconstructing patterns of coastal evolution on a range of passive and tectonically active coastal margins. Using methods developed on stable coastal margins, I have worked with Professor Ian Shennan to develop new approaches to reconstructing sea-level motions on the Cascadia subduction zone of Washington and Oregon, USA. Currently, I am working on evidence for the Storegga Slide tsunami in NW Scotland (Long et al., 2016), and on iceberg-roll tsunami records preserved in isolation basins in West Greenland (Long et al., 2015).

Holocene sea-level change and climate in the Atlantic

An important research focus is reconstructing the patterns and causes of sea-level variability in the Atlantic during the Holocene, especially after the Laurentide Ice Sheet had completed melting (c. 7000 BP to present). Recent studies focussed on climate-driven sea-level changes in the last 2000 years include records from the UK, Iceland and North America(Barlow et al., 2013, 2014; Long et al., 2014; Saher et al., 2015).