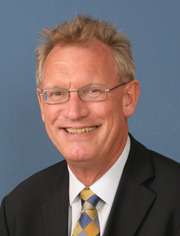 Ray Hudson is an Emeritus Professor in the Department of Geography. He joined the Department in 1972 (having been awarded a BA and PhD at Bristol University) and became a Professor in 1990. Ray was Chairman of the Department from 1992 to 1997 and has held, various senior positions in the University, including serving as Director of the interdisciplinary Wolfson Research Institute, 2003 - 2007 and then as Pro-Vice Chancellor and Deputy Vice Chancellor. He was Acting Vice Chancellor, 2014 - 2015. He has served on all of the University's major committees and on a variety of local and regional economic and social development and voluntary organisations.

He has served as a Vice President and Chair of the Research Division of the Royal Geographical Society (1999 - 2004), as Chair of the Conference of Heads of Geography in UK HEIs (1995 - 1999) and on various ESRC and HEFCE committees and boards, including ESRC's Training and Development Board and HEFCE's Strategic Advisory Committee for Enterprise and Skills. Until 2013, he was a co-director of FUSE (the North East Centre of Excellence of Translational Research in in Public Health) and a director of nomis (the National On-line Manpower Information System). For its first decade he chaired the International Advisory Board of WISERD (the Wales Institute of Social and Economic Research, Data And Methods).

A political-economic geographer, his research has focussed upon economic geographies, processes of combined and uneven development and issues of territorial development. Much of his empirical reseach has focussed on 'old' industrial regions. He was one of a small number of geographers in the early 1970s who began to explore political economy approaches as an alternative to the then-dominant neoclassical location theories and statiistical modelling approaches. His more recent research has included work on the social economy, on relations betweeen legal and illegal economies, and on the relationships between economy and environment and processes of material transformation and value creation. His publications include Wrecking a Region (Pion, 1989), Production, Places and Environment (Pearson, 2000), Digging up Trouble: The Environment, Protest and Opencast Coal Mining (with Huw Beynon and Andrew Cox, Rivers Oram, 2000), Producing Places (Guilford, 2001), Placing the Social Economy (with Ash Amin and Angus Cameron, Routledge, 2002), Economic Geographies: Circuits, Flows and Spaces, Sage, 2005), Approaches to Economic Geography: Towards a Geographical Political Economy, (Routledge, 2016), Co-Produced Economies: Capital, Collaboration, Competition (Routledge, 2019) and The Shadow of the Mine: Coal and the Decline of Industrial Britain (with Huw Beynon (Verso, 2021, forthcoming). He is currently working on a long-period political economy of north east England.

His research has been recognised in a number of ways, including: a DLitt from Durham, a DSc from Bristol and an honorary DSc from Roskilde University. He received the Edward Heath Award from the Royal Geographical Society and was awarded its Victoria Medal in recognition of sustained excelllence in research. He was also awarded the Sir Peter Hall Award by the Regional Studies Association for his contribution to the field of regional studies .He has been elected to the Fellowship of the Academy of the Social Sciences, to the Fellowship of the British Academy and to the European Academy (Academia Europaea). He is also a Fellow of the Royal Geographical Society and of the Regional Studies Association.

His research has involved working with and advising trades unions, community organisations and local, regional and national goverment organisations and has led to invitations to act as Special Adviser to the House of Commons Select Committee on Coalfields Regeneration and as an Expert Witness to the National Audit Office in its investigations into coalfield regeneration policies. More recently his research has informed and influenced policy making at the Department for Business, Innovation and Skills.