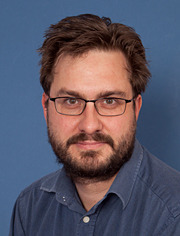 Impact Manager (Geography) in the Research and Innovation Services

In broad terms my interests are in urban political economy and the geographies of cities and states. At the conceptual and theoretical level, I have explored critically the legacies of Marxist state theory - particularly in terms of Bob Jessop's strategic-relational approach - in an attempt to rethink this as a methodological framework for research into the geographies of the state and as a way to refigure the analysis of politics within spatial and social theory. This engagement with a Neo-Gramscian perspective is also linked to theories of capitalist regulation, discourse analysis and the broader entanglements of realist, post-structuralist and materialist theory.

A concern with the problem of the capitalist state has both informed and been informed by my research into the policies and politics of urban and regional regeneration in Britain. My doctoral research into the politics of the city of Manchester (2002a and c) examined the notion of Manchester as an entrepreneurial city (1977-1997), with a concern for the interplay of discursive and institutional practices in this new urban politics. Using the notion of a local hegemonic project to rethink the role of the local state within urban governance, the research emphasised linkages between the re-envisioning of local economic development, the redesign of governance, and the re-imag(in)ing of the city. At the Centre for Urban Policy Studies, I was the principle researcher on two projects: an evaluation of the economic and social strategies of the Regional Development Agencies for the Joseph Rowntree Foundation(Robson, Peck and Holden 2000) and the initial evaluation of the Coalfields Regeneration Trust.

At present I am developing a research project - "Designs on the urban" - which looks at the emergence of the "urban renaissance" under New Labour and the possibilities for distinctive "spaces of citizenship" within this broad project (Holden and Iveson 2002).