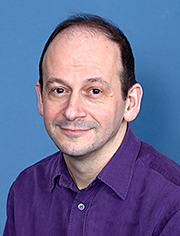 Mike Crang's interests lie in the field of cultural geography. He has worked extensively on the relationship of social memory and identity. Within this he focused empirically upon on practices of public and oral history, photography and museums looking especially at examples in the UK and Sweden. This interest feeds into looking at what people make of museums and landscapes and thus the study of tourism more generally. He has an edited collection on this theme that was published in 2009 (Cultures of Mass Tourism: Doing the Mediterranean in the Age of Banal Mobilities, edited with Pau Obrador and Penny Travlou, Ashgate) and a previous collection (Tourism: between place and performance, with Simon Coleman, Berghahn 2002) as well as co-editing the journal 'Tourist Studies' for ten years from its inception. He worked on the intersection of film, photography and tourism - through a case study using Captain Corelli and Cephallonia.

From the angle of visual aesthetics and senses of temporality and rhythm, he has become interested in not just issues of preservation and conservation but also their converse - destruction, dereliction and decay - as a collaborator on the ESRC project 'The Waste of the World'. On this project he has looked at the figuring of global flows through waste - especially in differing photographic traditions. He has also explored the creation of wastescapes in (former) industrial sites, on beaches and between places.

Subsequent work is attempting to rework the borders of the cultural and the economic looking at the travels and transformations of various goods. With wastes it is attempting to rethink approaches to the commodity through emphasising unbecoming things - that are both distasteful and unstable. Following things in and out of the commodity phase, in terms of objects becoming declassee or revalorised as heritage is part of his current work as a collaborator on the project Re:heritage. Cirkulering och kommodifiering av ting med historia (Re:heritage. Circulation and marketization of things with history) funded by Vetenskapsrådet (Swedish Research Council). Following the often fluid connection of things and values in the economy was a focus in the ESRC project 'Illicit Economies and the Spaces of Circulation' (with Nicky Gregson and Ray Hudson) and a current AHRC/ESRC project 'The Financial Aspects of the Trade in Counterfeit Products: An Exploratory Study' (with colleagues in criminology at Teesside University) looking at the entwining of legal and illicit in the circulation of goods. Looking at the other end of values, a Geoforum sponsored workshop led to a special issue focusing on the rise of global consumption and how ethical values and practices change when the market for goods changes and to a just starting ESRC funded project on 'Sustainable Consumption and Agri-food Ethics in the Global South'.

He is also interested in more abstract issues regarding time-space, action and temporality and co-edited the journal Time & Society from 1997 to 2006. His interests in this area led to a collection on spatiality and social theory ('Thinking Space', edited with Nigel Thrift). The other strand to his work is the analysis of transformations of space and time through electronic technologies, with specific work based around Singapore's 'Wired City' initiative and the 'digital divide' in UK cities. He completed an ESRC project on 'Multi-Speed Cities and the Logistics of Daily Life' with Steve Graham and is now working on the notion of a 'sentient city' and the politics of new forms of visualisation and urban givernance.

In terms of service to the wider discipline he was a senior editor of the International Encyclopaedia of Human Geography (2009, Elsevier) which was one of the 'CHOICE Outstanding Academic Titles 2010' in the Social and Behavioural Sciences category and co-editor of the Sage Encyclopedia of Urban Studies (2010, with Ray Hutchison, Bob Beauregard and Manuel Aalbers), while being on the editorial board of Geography Compass, Mondes du Tourisme, and previously Environment & Planning A, and Social & Cultural Geography. He was on the committee then secretary then chair of the Social and Cultural Geography Research Group of the RGS-IBG (1995-2006) and is curently on the scientific committee of the Societa Italianá di Scienze del Turismo. Within the department he has been Chair of the IT committee, convenor of research clusters, convenor of MA programmes in Space, Place and Culture and European Urban and Regional Change, and Director of the Geography and Cities degree programme and Director of Research (2003-6, 2008-10). He was deputy (2013-14) and Head of Department (2014-2017). He is on the steering group of the University Centre for Visual Arts and Cultures and the management board of the Leverhulme Doctoral Programme in Visual Cultures.