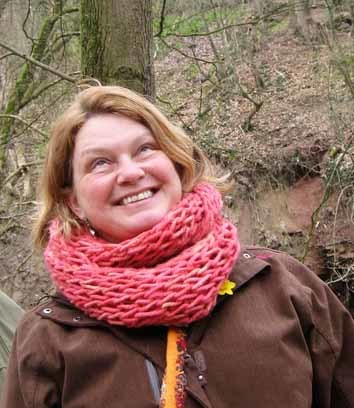 I am a Chartered Linguist (Teaching and Translation), a full member of the Institute of Linguists (London), of the Association of Language Learning and of the E.T.A. Hoffmann Gesellschaft, Bamberg

Article on E.T.A.Hoffmann in the Encyclopaedia of Literary Translation (Fitzroy Dearborn, London)

Translations into German of a PhD thesis on Richard Trunk by Anne Bentz, published by the town of Tauberbischofsheim

PHD BY RESEARCH IN COMPARATIVE GERMAN-ENGLISH LITERATURE (The reception of the works by E.T.A.Hoffmann in 19th century Britain) Keele University 1999

DIPLOMA OF TRANSLATION (ENGLISH INTO GERMAN) 1996

“Translation is that which transforms everything
so that nothing changes.”  Günter Grass

Anthea Bell at a translation conference:

‘All my professional life I felt that translators are in the business of spinning an illusion: the illusion is that the reader is reading not a translation but the real thing … a translation is successful if it is invisible.’

Translation is a bridge between languages, cultures and ages

After having spent many years teaching first in the German Department at Keele University, then at various schools and colleges in London and for the Diplomatic Service Language Centre I started working for Durham University in January 2002, initially teaching German on the European Studies course on the Stockton and Durham site Since December 2004 I have been working in MLAC German Section teaching on the Core modules in German, the German 1b and 2b modules and on the translation module. I am course convenor for German 2b and Translation

I am also the Year Abroad Coordinator for the German Section