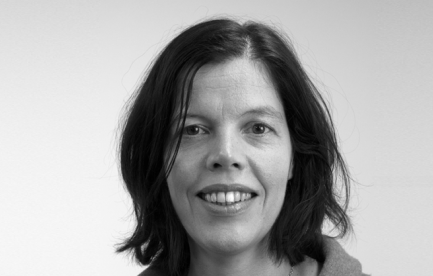 Her forthcoming book The Orient Within: Spanish Art and Identity 1833-1956 (Bloomsbury) investigates Spanish attitudes to al-Andalus (Iberian territories under Islam 711-1492) and Morocco as expressed in Spanish art, from Romantic liberalism to colonial discourse under Franco. The book challenges over-familiar assumptions about European Orientalism as a discourse that differentiates and excludes Islamic cultures from Western identity, and it promotes an understanding of nineteenth- and twentieth-century Spanish art within the wider the context of European art. The research has been supported by the Leverhulme Trust (2018-2019) and the Carnegie Trust.

She is the curator of the forthcoming exhibition Romantic Spain: David Roberts and Genaro Pérez Villaamil 1833-1854, organised with the Centro de Estudios Europa Hispánica and scheduled to open at the Real Academia de Bellas Artes in Madrid in September 2021.

Claudia Hopkins was also part of the curatorial team of the National Gallery of Scotland’s blockbuster exhibition The Discovery of Spain: British Artists and Collectors: Goya to Picasso (2009).

Among her other publications are book chapters, articles in leading research journals, and edited volumes, such as Pascual de Gayangos: a Nineteenth-Century Spanish Arabist (EUP, 2008), Spain and Orientalism (Art in Translation, 2017), and recently the co-edited anthology Hot Art, Cold War. Western and Northern European Writing on American Art 1945-1990 / Southern and Eastern European Writing on American Art 1945-1990 (2 vols., Routledge, 2020). This collaborative research and translation project was generously supported by the Terra Foundation for American Art.

Claudia Hopkins is Associate Editor of the Getty-funded journal Art in Translation. Prior to her appointment at Durham, she served as the journal’s Co-Editor (2014-2020) with Iain Boyd Whyte and as Managing Editor (2008-2014). She (co-)convened several conferences on the relationships between art history and translation, including ‘Translating Cultures in the Hispanic World’ (2013). The proceedings have been published in Art in Translation.

Claudia Hopkins gained her Ph.D. from the University of Edinburgh in 2005, having previously studied history of art at the University of Montpellier, France, and the University of North Carolina at Chapel Hill. After her Ph.D. she worked for some of the most prominent institutions in Scotland, including the University of St. Andrews where she taught in 2006. Between 2005 and 2007, as Senior Researcher for the AHRC-funded initiative NIRP (Nationnal Inventory Research Project, University of Glasgow/National Gallery), she researched nearly 400 paintings and contributed to the free online inventory of European art in UK museums. She started to lecture in History of Art at Edinburgh in 2015, where she was appointed full time in 2014.